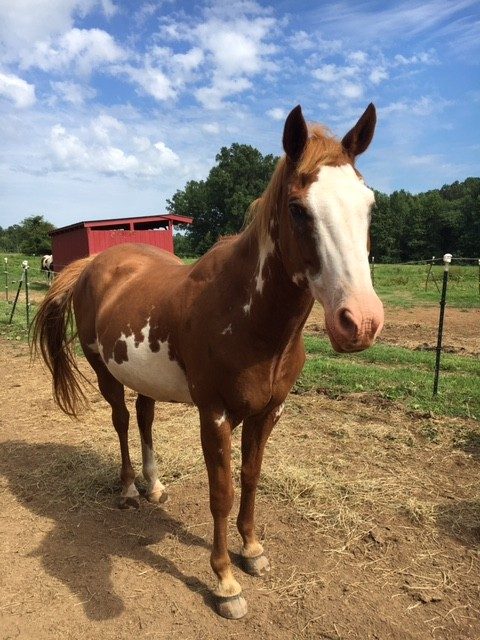 “I’m not doing this to get rich, I just wake up feeling like the luckiest woman alive,” said Deborah Pearson-Moyers, owner and manager of Blue Skies of Mapleview. Blue Skies is a horse farm just a few miles down the road from Maple View Ice Cream and is home to 14 horses, 2 dogs, 2 cats, and the Pearson-Moyers family. 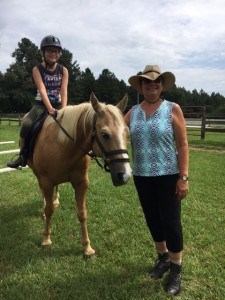 Deborah Pearson-Moyers has had a passion for horses since the age of 8. She believes “you feel better after you’ve been around horses” so she’s made sure to surround herself with them all her life. As a teen, she would save up to go on trail rides and, while in college, even bought a horse of her own. After moving back from England, where she went to graduate school at Emerson College and met her husband Peter, Deborah and her husband settled in North Carolina.

Peter was determined to purchase some land that Maple View Farms was selling and, after some work, finally convinced Deborah it was a good idea. That land became Blue Skies of Mapleview. Deborah and Peter started with just one horse that they rode themselves and taught their children on. After many local parents showed interest, they began to offer private lessons. Over time, Blue Skies began to provide more services, including after school sessions, Woman’s Intuitive Riding, and a summer camp.

Woman’s Intuitive Riding is a very important facet of Blue Skies of Mapleview. After reading the Tao of Equus by Linda Kohanov, Deborah began to explore the healing powers horses hold for women. With this knowledge and appreciation for horses, she began her Woman’s Intuitive Riding course. It is a ten week course that meets once a week. These classes allow women from all backgrounds to begin spiritual healing in a fun, unconventional way. Deborah says this is because horses are able to “mirror back what’s going on in your heart.” At the end of the ten weeks, Blue Skies holds a luncheon with the women from the course where they celebrate and share what they’ve learned.

Blue Skies has many other workshops and classes that are offered at various points throughout the year. Wisdom of the Horses is an animal communications workshop. It is led by Carrboro resident Carr dePoix and is meant to help people telepathically get in touch with the horses. Other workshops include Groundwork for Horses and Yoga for Equestrians. 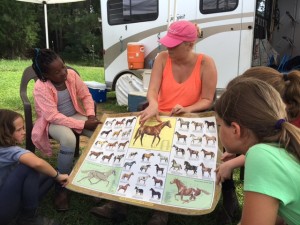 Every summer Blue Skies of Mapleview holds a camp for children ages 7-18. All experience levels are welcome, but the pace is perfect for beginners. Throughout each weeklong session, campers learn the basics of horse care, saddling, and riding.  Along with riding lessons, they visit the pool, play games, and go on trail rides to Maple View Ice Cream. Everyone loves the camp, including the counselors and instructors. When asked what she thought about Blue Skies, one camper exclaimed, “It’s the best camp ever!”

Deborah grew up unable to afford lessons and a horse of her own as a child but was able to attend camps on scholarship. That generosity made a large impact on her life so she does the same with her programs. Through fundraising from Blue Skies’ Holiday with the Horses event and other donations, she is able to offer scholarships to kids who want to be a part of the camp.

Deborah has a true love for what she does. At Blue Skies they strive to treat the horses “in the most natural way” possible and Deborah loves every single horse. She even has three of her own; Pinto, Dock, and Charlie, whom she calls “the other man in her life.” Not only does she enjoy sharing her love for horses with her students and campers, but she gets to enjoy it with her daughters Sonja and Sarah as well, who are instructors at the camp during the summer.

From the owner and employees to the horses, Blue Skies of Mapleview has a truly warm, inviting atmosphere. 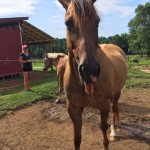 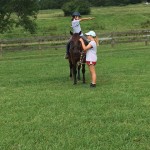 Camper doing stretches on her horse 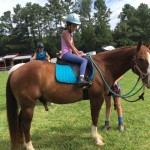 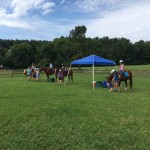 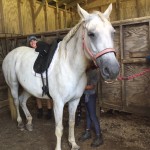 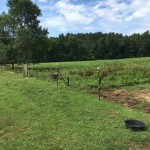 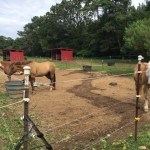 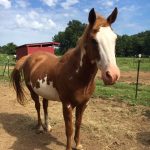 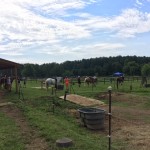