Made in NC: Just Bee Apiary 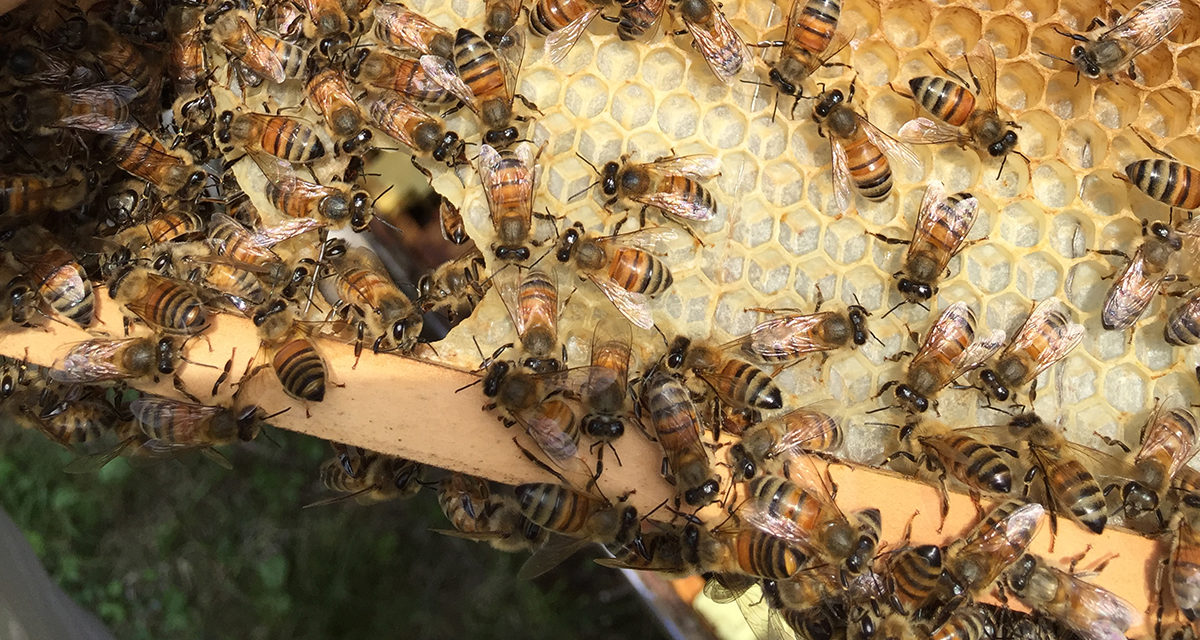 It’s raw, it’s local and it’s a family operation. Just Bee Apiary in Chapel Hill is just as passionate about its honey as it is about saving the bees.

Marty Hanks, the head beekeeper, has lived in Chapel Hill since he was nine. Just Bee Apiary is his secondary business. He primarily works with his renovation design company.

According to Hanks, Just Bee Apiary is focused on education, but uses creative products to spread awareness about honey bee preservation.

As he and other beekeepers looked at data tracking honey bees from the last few years, they noticed that bees have been dying at a higher rate. As an environmentalist and activist, he started with putting up signs, trying to get people to sign petitions and sending emails.

“People just block that, don’t listen, don’t want to engage with that scenario,” Hanks said. “So what I tried to do is find a different way to engage with folks so they can hear about what’s going on with the bees. And to do that, we give them free raw honey.”

As people sample the honey, Hanks uses that time to talk about the bee situation and answer questions.

Hanks tries to engage customers with creative products – like artisan honey – to keep up with the changes in their business model. One example is his citrus pepper honey.

“We saw the rise of the pepper movement, the hot food, you know, that kind of thing,” he said. “And so we did a citrus pepper honey to where we talked about hot peppers and honey. And then we added citrus, because as a chef, you know that citrus cuts the heat from peppers, and so you can get more flavor, but also honey suspends the pepper oils, so there’s a time delay.”

When it comes to beekeeping, Hanks’ core philosophy is to “let evolution work itself out, don’t over treat, don’t use chemicals, give the folks the most transparent raw product possible.”

Hanks said the only thing he can do to affect the honey is to put the bees in a single place and never move them again. That way, they can only forage on the flora and fauna of that area.

“Since every city is completely different, and no two are alike, we actually get different nuances in the honey, both in color, acidity, viscosity, taste, obviously, but the color is what really blows people’s minds away,” he said.

Hanks hopes the education aspect and the story of the honey will help people understand if they want a certain type of honey such as Carrboro honey or Chapel Hill honey, they have to be responsible for protecting the environment to protect the bees.

Hanks’ business has grown and evolved over the past nine years.

“It started off that I wanted to get bees just because I wanted to see what they’re like, what environmental impacts that they have, and learn more about their social networking and all that kind of stuff,” he said.

He was a novice at beekeeping in 2010 when he moved to his current home in Chapel Hill where Just Bee Apiary is located, but after that, he said keeping bees taught him a lot.

“As a hyper guy, I need to be calm,” he said. “And honeybees, when you get around them, they will make you calm… They force you to focus and everything else around you just disappears and goes away.”

Hanks said bees reduce stress for him, and being calm around bees allows him to work without a bee suit.

“It’s a win-win,” he said. “It helps me in my health, but it also is part of our mission statement which is ‘just be,’ which is to think about them and relax,” he said.

Just Bee Apiary sells its products on Wednesdays at the Carrboro Farmers’ Market at 301 W. Main St. in Carrboro. You can also find more information on their website and on Facebook.