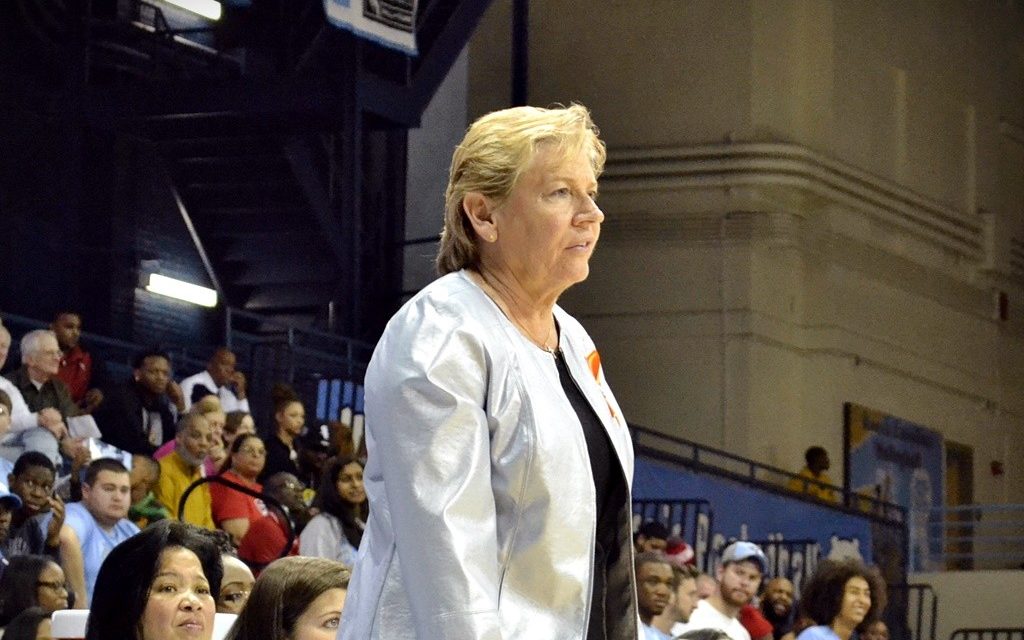 Hatchell’s resignation comes after the entire women’s basketball coaching staff was placed on paid leave earlier this month amid a review of the program.

The review, which was conducted by Charlotte-based firm Parker Poe Adams & Bernstein, included 28 interviews from current players and personnel connected to the UNC women’s basketball program.

It found that, among other aspects, Hatchell made comments that were racially insensitive. The review found that “Hatchell is not viewed as a racist, but her comments and subsequent response caused many in the program to believe she lacked awareness and appreciation for the effect her remarks had on those who heard them.”

The review also found that players and medical staff were frustrated with perceived influence from Hatchell regarding medical issues and pressure to play. Per the review, the medical staff did not surrender to pressure to clear players to play before they were ready.

Lastly, the review found that “there has been a breakdown of connectivity between the players and Hatchell.”

“The University commissioned a review of our women’s basketball program, which found issues that led us to conclude that the program needed to be taken in a new direction. It is in the best interests of our University and student-athletes for us to do so,’’ said Cunningham in a release.

“Coach Hatchell agrees, and she offered her resignation today. I accepted it. We appreciate her 33 years of service to Carolina and to the community, and we wish her the best. Our focus now is on conducting a search for a new head coach who will build on our great Carolina traditions and promote a culture of excellence.”

Hatchell had coached at UNC since 1986 and had amassed a 751-325 record with the Tar Heels along with a national championship in 1994. She was inducted to the Naismith Memorial Hall of Fame in 2013.

In September 2016, the university renewed Hatchell’s contract through the 2019-20 season despite the women’s basketball program being a major focus of the NCAA’s investigation into academic fraud.

Hatchell offered a statement through the university:

“It has been the great honor and privilege of my life to coach at the University of North Carolina. I want to thank John Swofford for giving me my dream job 33 years ago.  The University will always hold a special place in my heart.

The game of basketball has given me so much, but now it is time for me to step away. This is an idea I have been contemplating since my cure from leukemia. This year, after defeating Notre Dame, the top-ranked team in the country, and returning to the NCAA Tournament, our program is once again headed in the right direction and ready for new leadership.

Wonderful UNC memories remain — none more special than our 1994 national championship, three Elite 8s and nine ACC championships. I’ve been fortunate to coach more than 200 young women, and it has been a joy to see them grow into successful teachers, doctors, lawyers, mothers, high school and college basketball coaches, and WNBA players. The opportunity to play a small role in their success is the greatest joy of coaching– and of my life.

I owe an enormous debt of gratitude to my assistant coaches and staff for their loyalty and support. They are remarkably talented and accomplished individuals who helped pave the way for our success as a nationally-acclaimed program. The championships we won would not have been possible without their contributions.

While this is a bittersweet day, my faith remains strong. After the fight of my life with leukemia, I count every day as a blessing. I am grateful that God granted me more days on this earth to continue my calling as a coach. I have always believed that we are blessed so we can bless others. My goal has been to plant enough seeds to reap a good harvest.  Today, I can truly say that my harvest has been abundant.

Now, I will turn my attention to supporting the University in different ways. I will continue to raise money for the Lineberger Cancer Center, to establish a ministry of exercise and recovery for cancer patients and to push for equal facilities and treatment for women’s athletics.  I currently have a proposal pending before the NCAA Gender-Equity Task Force to increase the number of former female basketball players in coaching.

I will forever love the University of North Carolina. I am Sylvia Hatchell, and I am a Tar Heel.”