G Brandon Robinson Out for No. 9 UNC’s Opener vs Notre Dame 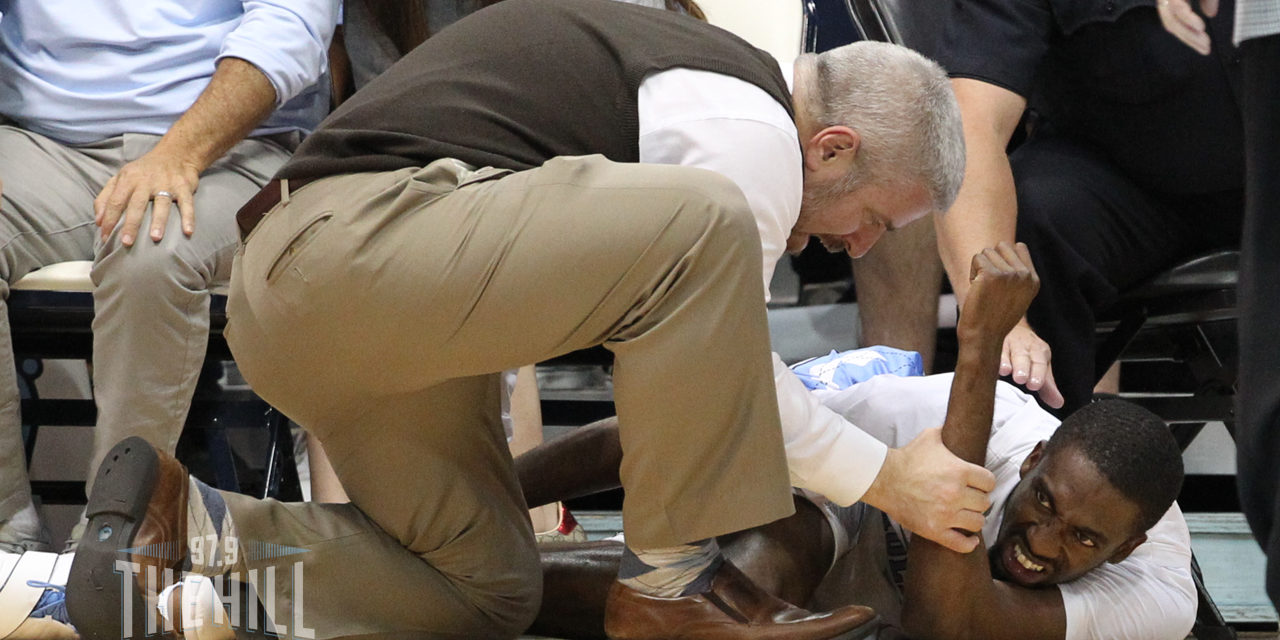 Coach Roy Williams said Tuesday that Robinson is wearing a boot to protect his ankle and won’t play in Wednesday night’s game against the Fighting Irish.

Team spokesman Steve Kirschner says there is no timetable for Robinson’s return, but that X-rays show the ankle is not broken.

Robinson got hurt when he blocked a fast-break attempt midway through the first half of the ninth-ranked Tar Heels’ exhibition victory over Winston-Salem State last week.