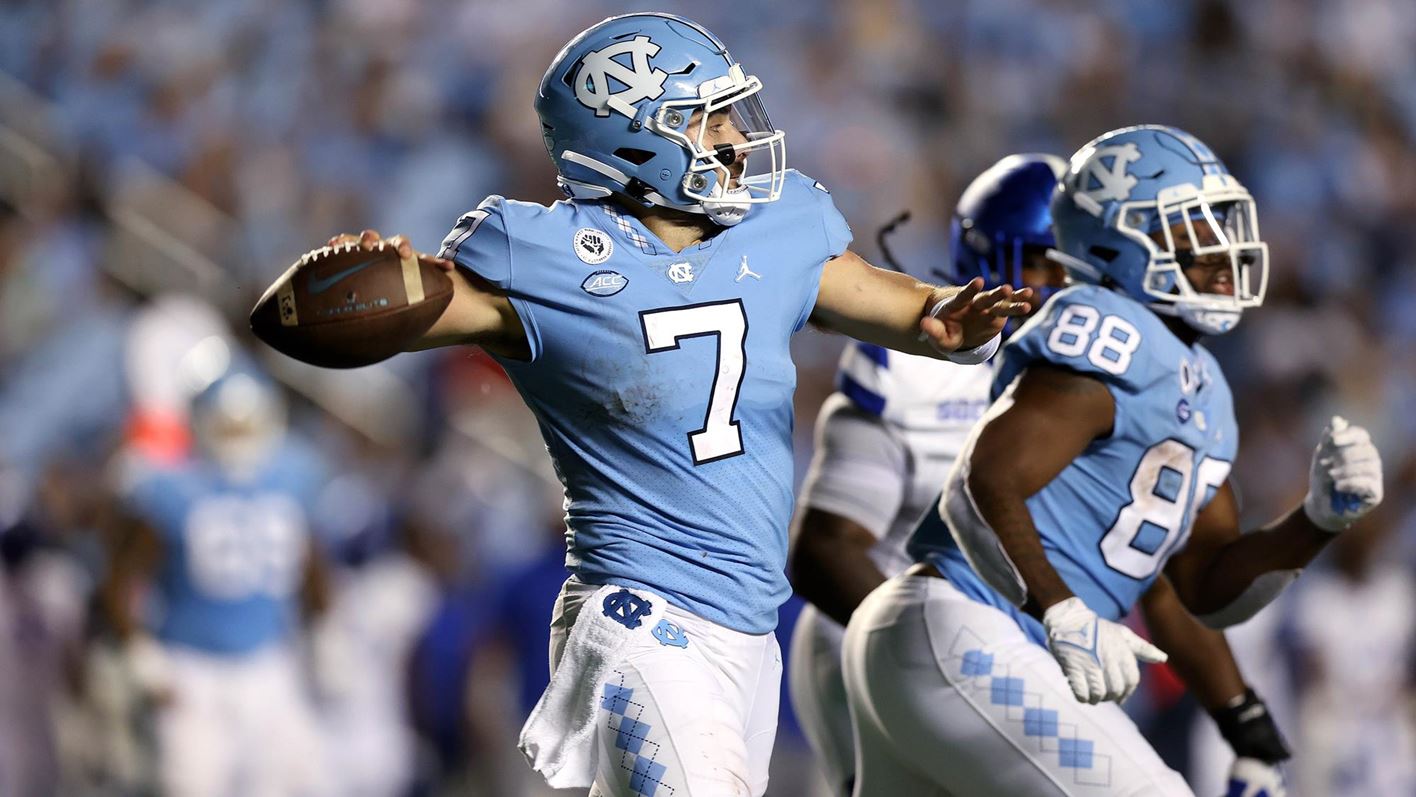 Following his performance against Georgia State in which he racked up 456 total yards of offense, UNC junior quarterback Sam Howell was named to the Davey O’Brien Award’s “Great 8” list for Week 2 on Monday.

Howell accounted for the highlight of the night on a 62-yard touchdown run in the third quarter Saturday night, though head coach Mack Brown initially begged the quarterback to slide.

“There were about three times where I said, ‘Get down! Get down!'” Brown said after the game.

Before the season, Howell was named to the watch list for the year-long Davey O’Brien Award, which honors the top collegiate quarterback in the country.

Another notable quarterback among this week’s “Great 8” list is Virginia’s Brennan Armstrong, who will visit Kenan Stadium this Saturday night when the Tar Heels and Cavaliers face off. Armstrong threw for 405 yards and five touchdowns in Virginia’s Week 2 win over Illinois. For the season, Armstrong is completing over 70 percent of his passes, with a 7-1 touchdown-to-interception ratio.