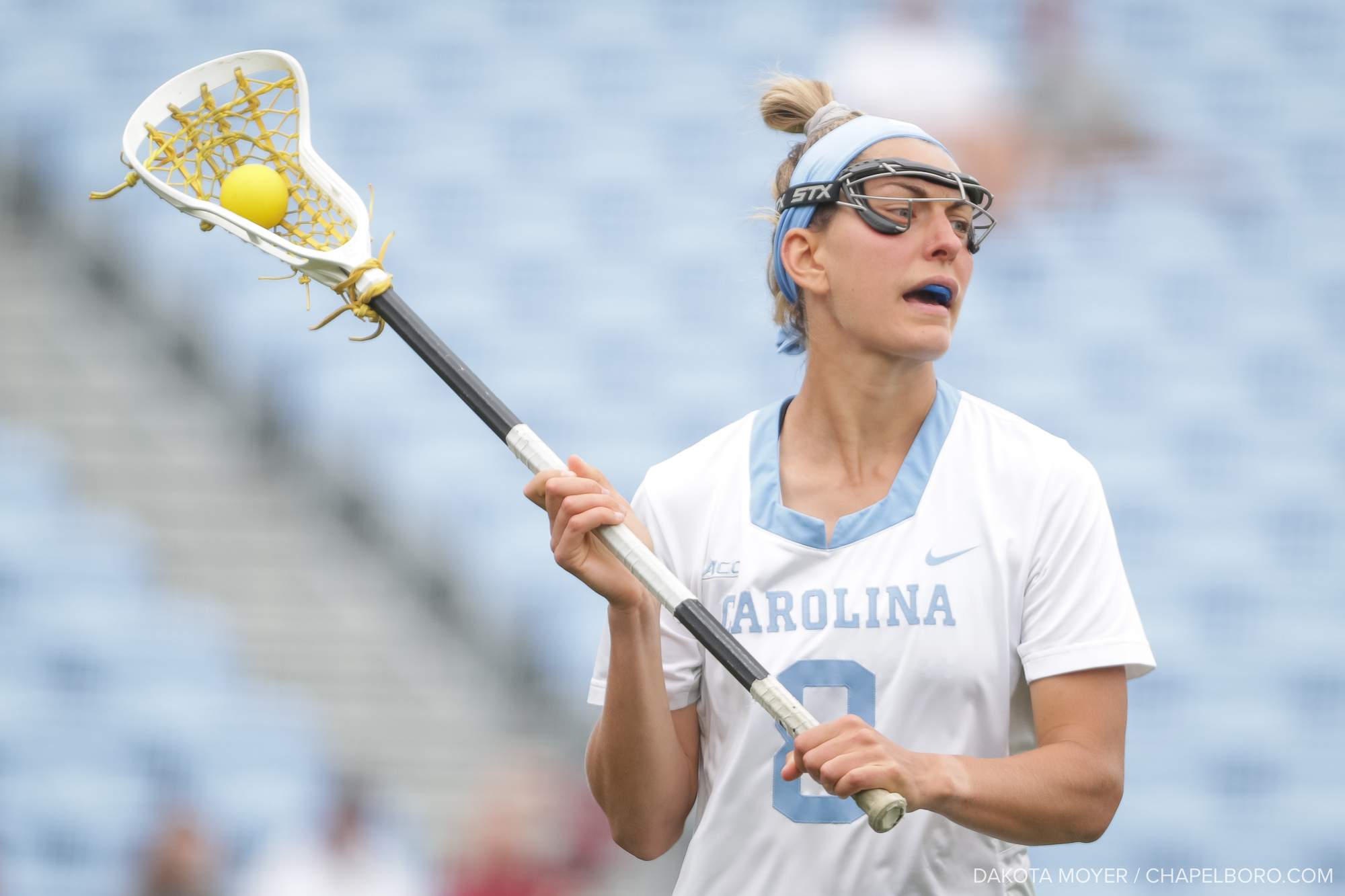 Katie Hoeg (8) calls out instructions to her teammates as UNC women’s lacrosse takes on JMU in the second round of the NCAA Tournament at Dorrance Field on Sunday, May 16. (Dakota Moyer/Chapelboro.com)

Katie Hoeg, Kerrigan Miller, Kayla Wood and Catie Woodruff will each begin their professional careers in the new league, which will have its first season take place from July 23 to August 22 at Maureen Hendricks Field in Boyds, Maryland.

Hoeg joins the league as the all-time leading scorer in UNC history, while Miller, Wood and Woodruff also played critical roles for a Tar Heel team which reeled off a program record 27 consecutive wins over the last two seasons before suffering an upset loss to eventual national champion Boston College in the NCAA Tournament semifinals.

Players are able to score individual points for their performances in games, with the top four players selected as captains for the next week’s games — and given the ability to choose a new team from scratch each week.

Those individual points — as well as team points — will be compiled and give players the chance to win MVP honors and cash bonuses.

The lacrosse league is the third sport under the Athletes Unlimited banner, joining similar formats which have already been set up for softball and volleyball.