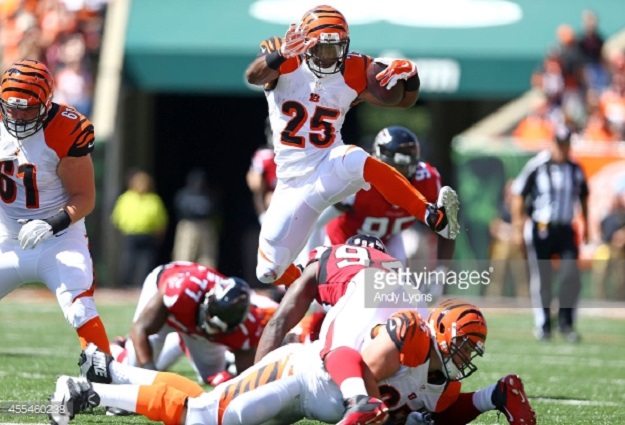 Former UNC star running back Giovani Bernard agreed Tuesday to sign a two-year contract extension with the Cincinnati Bengals, the team he has spent his entire seven-year NFL career with.

Bernard was originally selected with the 37th overall pick (second round) by the Bengals in the 2013 NFL Draft. The Florida native has gone on to serve as the team’s main receiving back in their two-back offensive system.

For his career, he has posted 3,111 yards on the ground with 19 rushing touchdowns. In addition, he’s also gained 2,278 yards and eight scores by catching passes.

While at UNC, he was a two-time First Team All-ACC selection while also providing one of the most memorable moments in Tar Heel history–a game-winning punt return touchdown at home against NC State in 2012 with just seconds remaining on the clock.