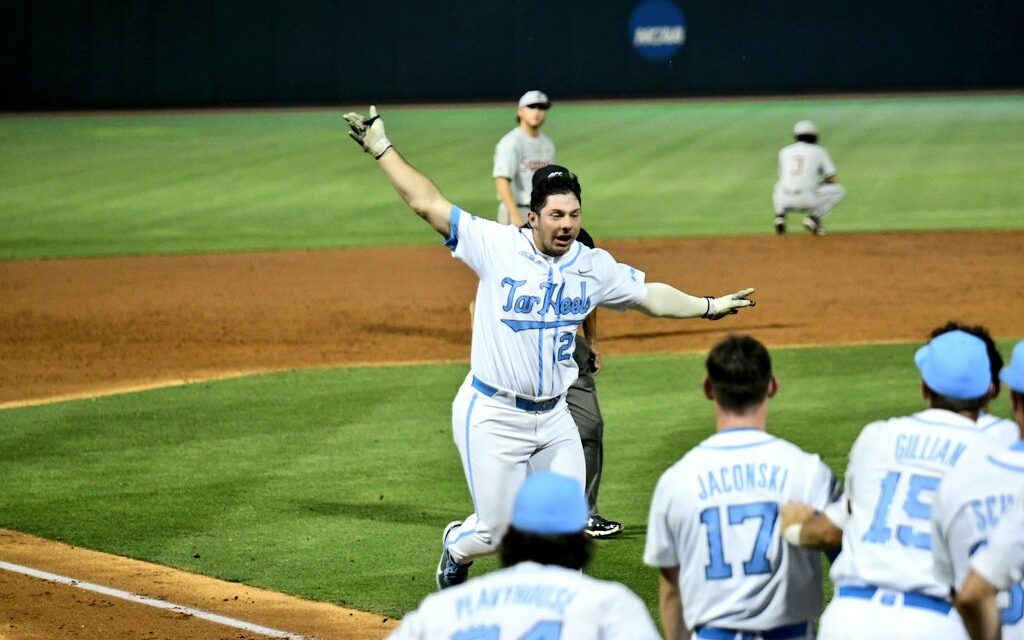 Alberto Osuna’s second home run of the game capped off a dramatic night at Boshamer Stadium Thursday, as the Diamond Heels came back from a ninth-inning deficit to defeat No. 20 Florida State, 7-5.

Osuna’s home runs bookended the action Thursday night, with his first punctuating a four-run first inning for the Tar Heels. Danny Serretti opened the scoring with an RBI double to score Angel Zarate, before Osuna’s bomb brought home Serretti and Vance Honeycutt to make it 4-0.

The Tar Heels wouldn’t score again until Osuna’s walk-off, and the Seminoles steadily chipped away at the deficit in the interim. Two runs in the fourth sliced the lead in half, a solo shot in the sixth brought the ‘Noles closer, and a two-run blast in the top of the eighth finally gave them the lead. It looked to be a crushing blow for a Carolina side fighting for its postseason life, and the go-ahead blast also stood as a rare blemish on the record of reliever Davis Palermo. Starting pitcher Max Carlson had lasted only 4.1 innings, with Gage Gillian and Shawn Rapp getting the Tar Heels into the eighth with the slim lead.

Despite the home run, Palermo stayed in and got the last out of the inning. Carolina put itself in position to answer right away in the bottom of the eighth, loading the bases with two outs for Zarate. But Carolina’s reliable leadoff man struck out to end the threat, sending the game to the ninth.

Palermo returned to the mound and set the Seminoles down in order, setting up the bottom-of-the-ninth drama. Serretti, who went 3-5 on the night to move his batting average to an astounding .372, singled with one out and advanced to second on a Honeycutt groundout. Johnny Castagnozzi stepped up next, and despite taking the game down to its final strike on a 2-2 count, he took two straight balls and earned a nerve-wracking walk.

Up came Osuna, who quickly found himself in an 0-2 hole. Once again, Carolina was down to its last strike. Osuna drove the count to 2-2, then finally got a pitch to hit. The junior college transfer sent a hanging slider high, far and over the left field fence to end proceedings with a bang.

“I was looking for something up, then I saw it and thankfully put a good swing on it,” Osuna said.

While also being perhaps his biggest hit of the season, the three-run blast also extended Osuna’s team lead as his 18th home run of the season. Not bad for someone playing his first season of Division I baseball.

“The one thing about Alberto, to me coaching third base, is that he always looks like he wants to be in that moment,” said head coach Scott Forbes.

The win is Carolina’s ninth in its last 11 games, and moves the team to 32-19 overall on the season. It’s also UNC’s first win over a ranked opponent since an April 8 win at Louisville. The Tar Heels will have a chance to earn a critical series win over the Seminoles on Friday, when the team will also honor former head coach Mike Fox. First pitch is scheduled for 6 p.m.