Several UNC football players have been named to watch lists for various college football awards. Check back in here as the season goes on to see the updated list of who’s been nominated for what! 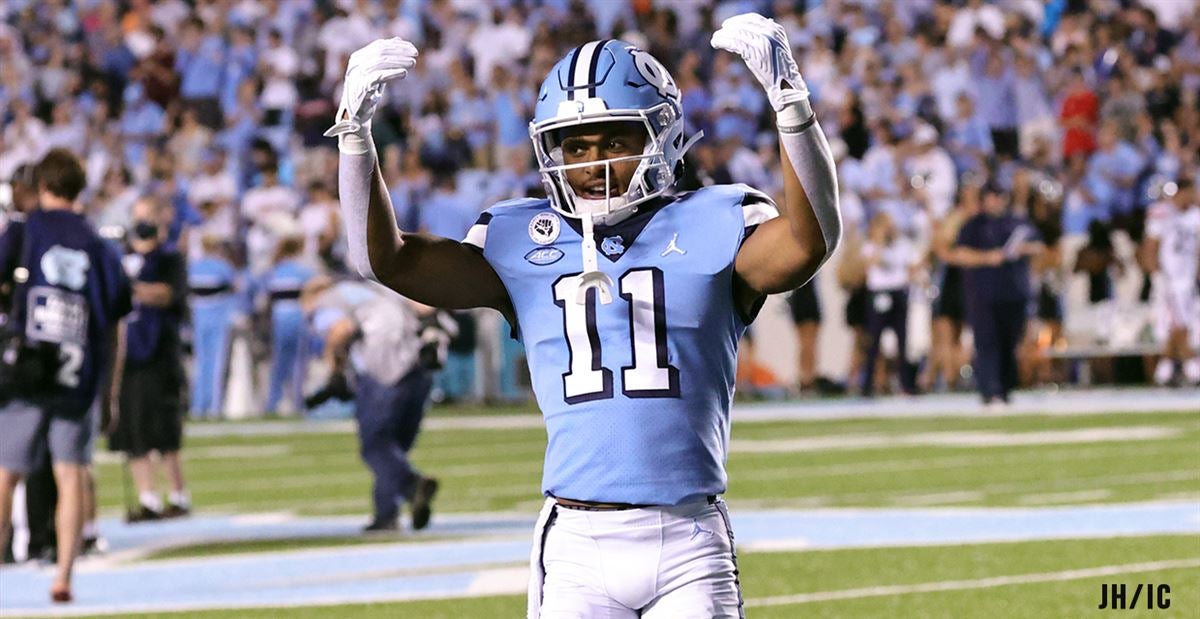 Image via Inside Carolina/Jim Hawkins

Downs made a name for himself as one of the best receivers in the country in 2021, setting the UNC program record for receptions and catching eight touchdowns. The junior’s hype machine has been steadily picking up steam ever since UNC’s season ended, and he was named preseason first team All-ACC as both a receiver and a punt returner. In addition, Downs was named to the preseason watch list for three major awards: the Biletnikoff Award (nation’s top pass-catcher), the Walter Camp Award and the Maxwell Award (both given to college football’s Player of the Year). Downs was a semifinalist for the Biletnikoff last season, which eventually went to Pitt’s Jordan Addison. No Tar Heel has ever won any of the three awards. 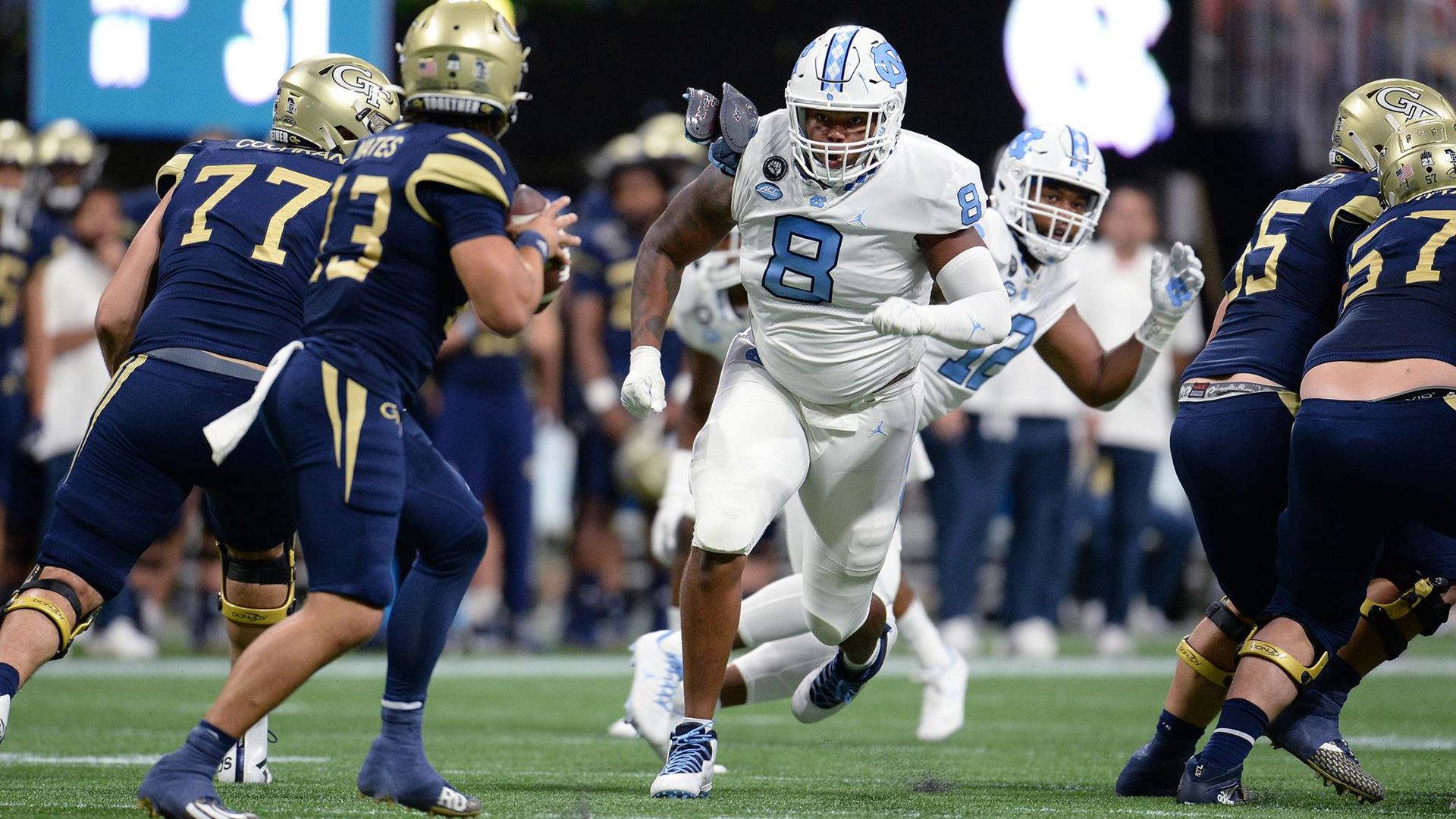 A standout on UNC’s defensive line, Murphy was named second team All-ACC for his efforts in 2021. The then-sophomore tied for second on the team in both tackles for loss (nine) and sacks (4.5). Now, the junior has been named to watch lists for three major defensive awards: the Chuck Bednarik Award, the Bronko Nagurski Trophy and the Outland Trophy. The Outland is given to college football’s top interior lineman (offensive or defensive), while the Bednarik and Nagurski awards are given to the Defensive Player of the Year. Julius Peppers is UNC’s only all-time winner of any of the three awards, taking home the Bednarik Award in 2001. 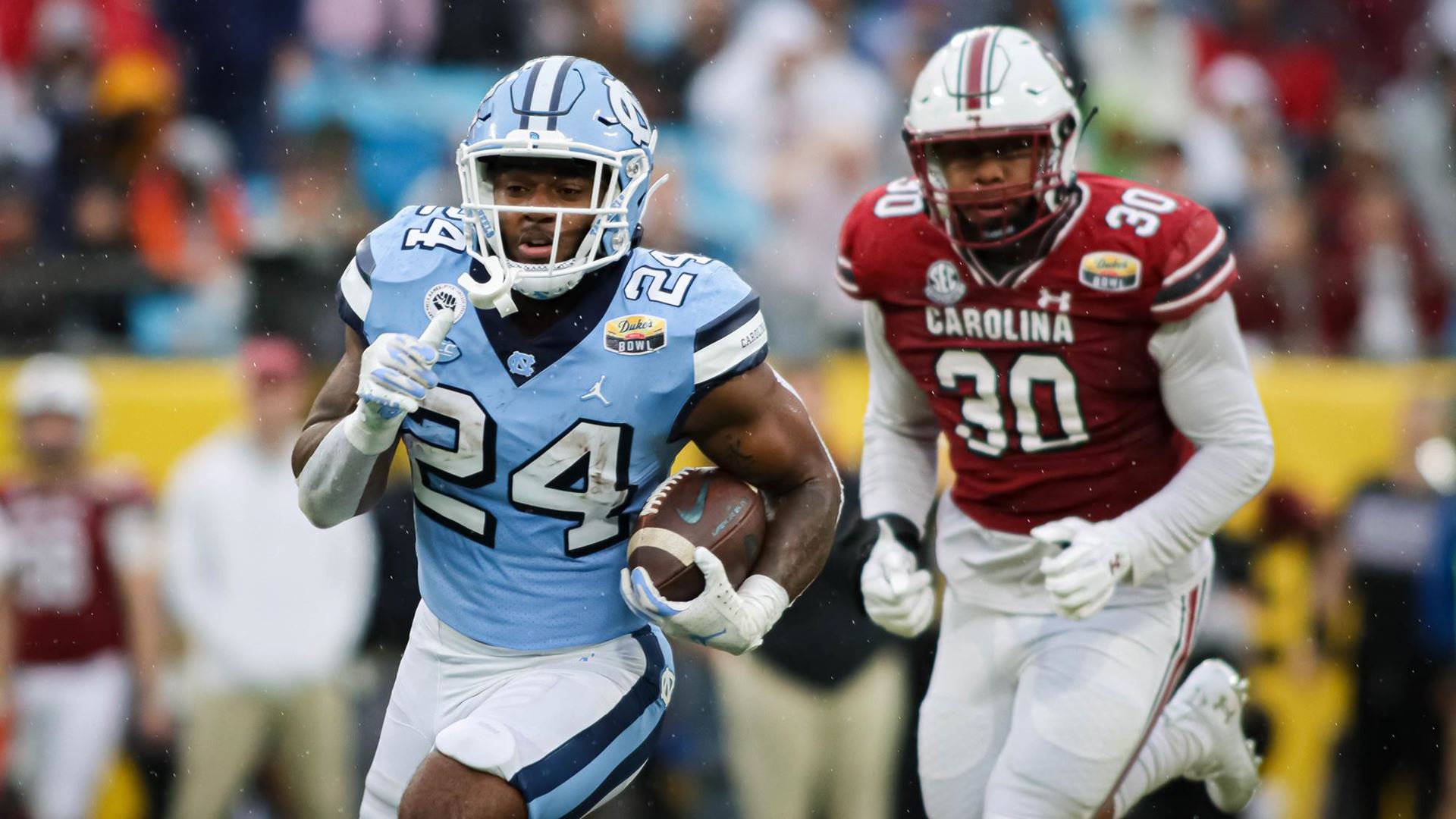 A breakout star at the end of the 2021 season, Brooks rushed for 285 yards and three touchdowns on just 27 carries in UNC’s final three games of the season. With the departure of Ty Chandler to the NFL, Brooks looks to be in prime position to be Carolina’s lead running back in 2022, and college football is taking notice. Brooks was named a preseason candidate for the Doak Walker Award, given to the nation’s top running back. No Tar Heel has ever received the honor. 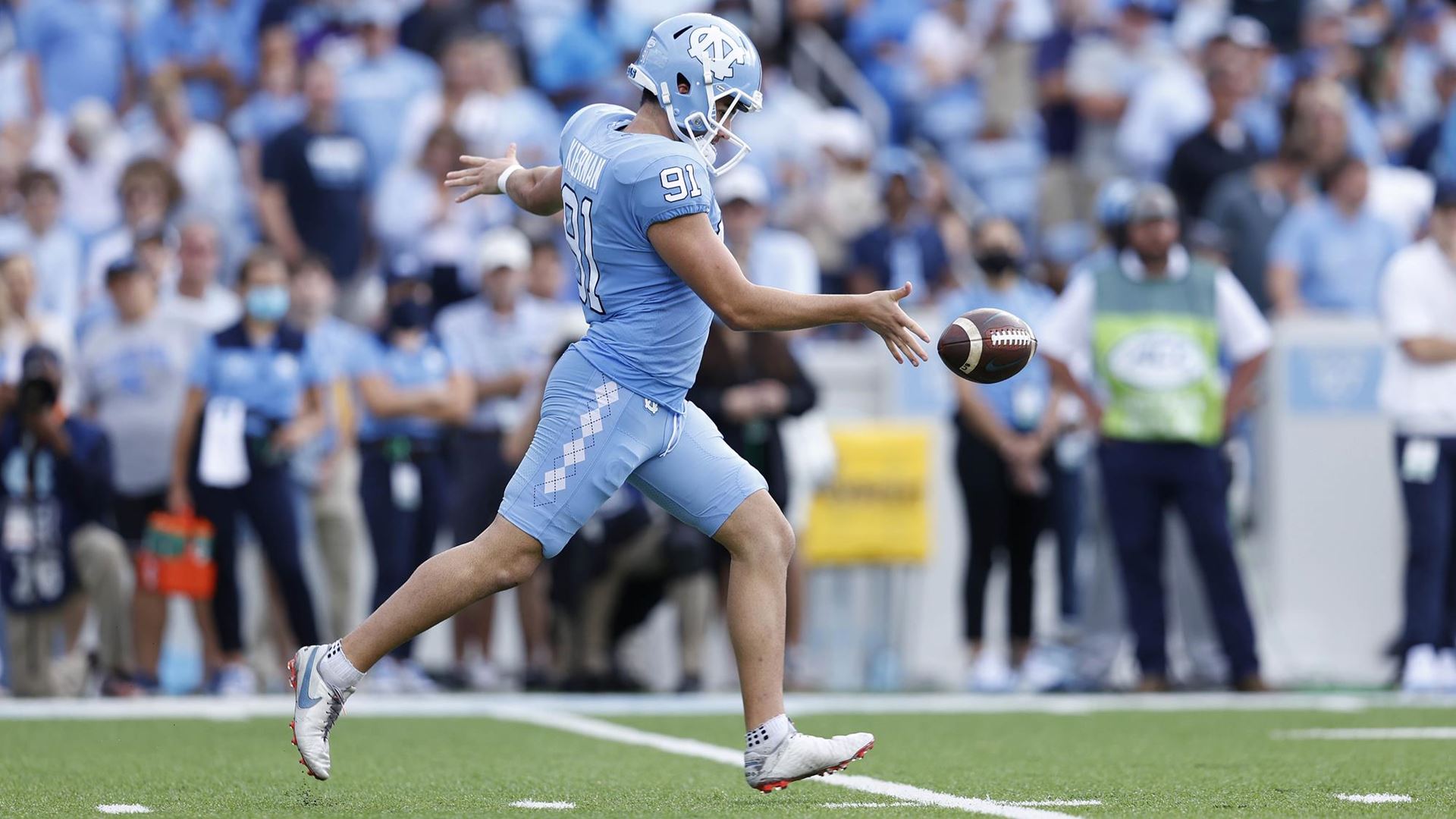 The veteran Kiernan has started at punter since his freshman season in 2019. Now a senior, Kiernan has established himself as Mr. Reliable on UNC’s special teams unit. The Ireland native’s punt average of 42.7 yards is fourth in UNC history, and he has booted 23 punts of 50 or more yards in his career. Kiernan is on the preseason watch list for the Ray Guy Award, given to the nation’s top punter. No Tar Heel has ever won the award. 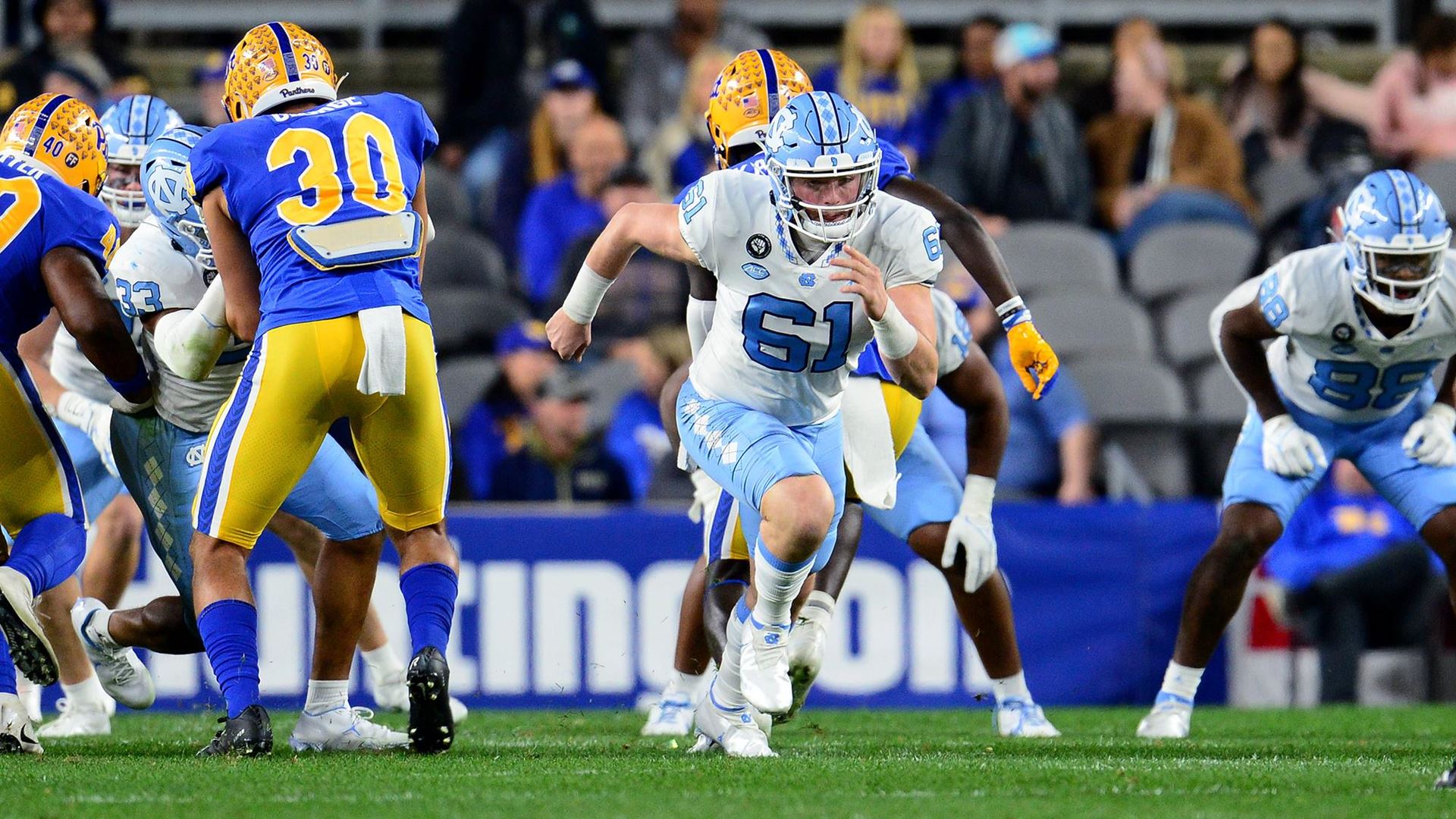 Kiernan’s partner in crime, Drew Little has been UNC’s trusted long snapper for three seasons. Phil Steele named Little to the preseason second team All-ACC for 2022. Not only that, Little is also on the preseason watch list for the Patrick Mannelly Award, given to the nation’s top long snapper.