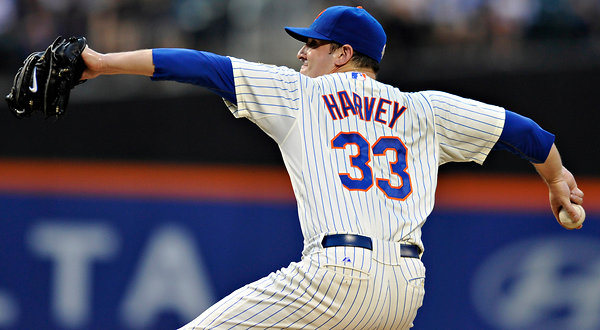 They are calling the Dark Knight the Pale Pawn.

Former Tar Heel Matt Harvey made it big in the majors a year after he joined the Mets in 2013. That’s when his menacing beard and tough-guy demeanor on the mound made him an all-star and gave him his nickname, which he played to the hilt as a man about town.

Things aren’t so good for the Dark Knight these days, a year after coming off Tommy John surgery that cost him the entire 2014 season. He seemed to regain his form a year ago, which proved the operation was successful. He posted his best record, 13-8, and struck out three short of the 191 Ks he had before the injury. His career earn-run average at that point was around 2.50, pretty darn good.

After 10 starts this season, and a 3-7 record so far, coupled with an awful 6.08 ERA, Harvey has been blasted by the New York media, which does that to athletes who don’t play by the rules off the field. Harvey is surly, slips out the back door of the locker room before the press comes in and says basically nothing when approached otherwise.

A column in the New York Post blistered Harvey this week, calling him a phony and criticizing the Mets for enabling his unprofessional behavior. The Post said, from DiMaggio to Jeter, pro athletes in New York have stood tall and taken the heat whenever things went bad.

They call them the Harvey Rules. Matt does it his way when things are going good and makes up his own rules when things aren’t. It is a familiar refrain; according to one of his former coaches at UNC, Harvey was the toughest player to deal with on the team.

Now the Mets say they have to do what is best for the Mets, as well as Harvey. That may mean sending him to the minors, where he can work on his head and his heart as well as his velocity and location. The Mets’ chief rival in the National East is Washington, which has crushed Harvey in his two starts against the Nats.

They said his once-dominant fastball is indifferent now and his second and third pitches are being slammed all over the park. He has given up 11 earned runs in 7 2/3 innings against Washington.

Looks like The Dark Knight needs to lighten up or they will be calling him Flash, as in Flash in the Pan.