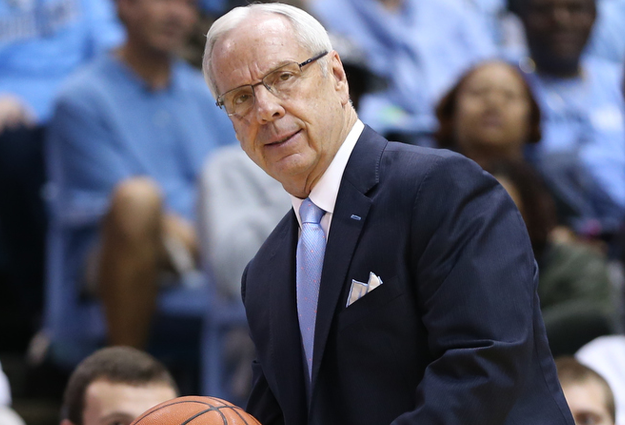 Roy Williams made his first public appearance of the new basketball season this week at the annual UNC media day. Dressed in a sharp suit and engaging as ever, Williams later revealed his true self to a couple of sportswriters in the hallway outside the Smith Center training room.

Now in his coaching togs, Williams limped down the hallway smiling and said, “It’s so much better than last year . . . this four-month-old knee on this 66-year-old body.”

He was referring to his titanium knee that replaced the broken hinge that forced to him sit down during practice for the first time in his 40-plus year coaching career. He pulled down his brace and showed us the neat scar.

Williams had the knee replaced over the summer after he limped through the recruiting period and took his buddies on their annual golf trip that he struggled through with a handicap cart. Then he went under the knife and, while still limping, he is smiling more now than he has been for the last two years of pain. In another month, Williams will be walking smoothly and ready to coach his 14th Tar Heel team, one that will open the season in the top 10. Carolina lost two of its top eight players, but the best two – Marcus Paige and Brice Johnson. He has asked his returning guys to use the last-second loss to Villanova in the national championship game as fuel to improve and return to the Final Four in Phoenix next April Fool’s Day.

He will probably start three seniors and two juniors, rare for a ranked team in college hoops these days. By committee, they will have to replace Paige’s defense, leadership and clutch shooting, Johnson’s scoring and rebounding around the basket. Carolina will be weaker in the post unless Kennedy Meeks explodes and Isaiah Hicks stays out of foul trouble during their senior years. But Joel Berry and Justin Jackson should give the Heels two of the better perimeter players in the country.

For sure, they will have great motivation and coaching because Roy Williams is now 66 years old and four months, again a stand-up guy.