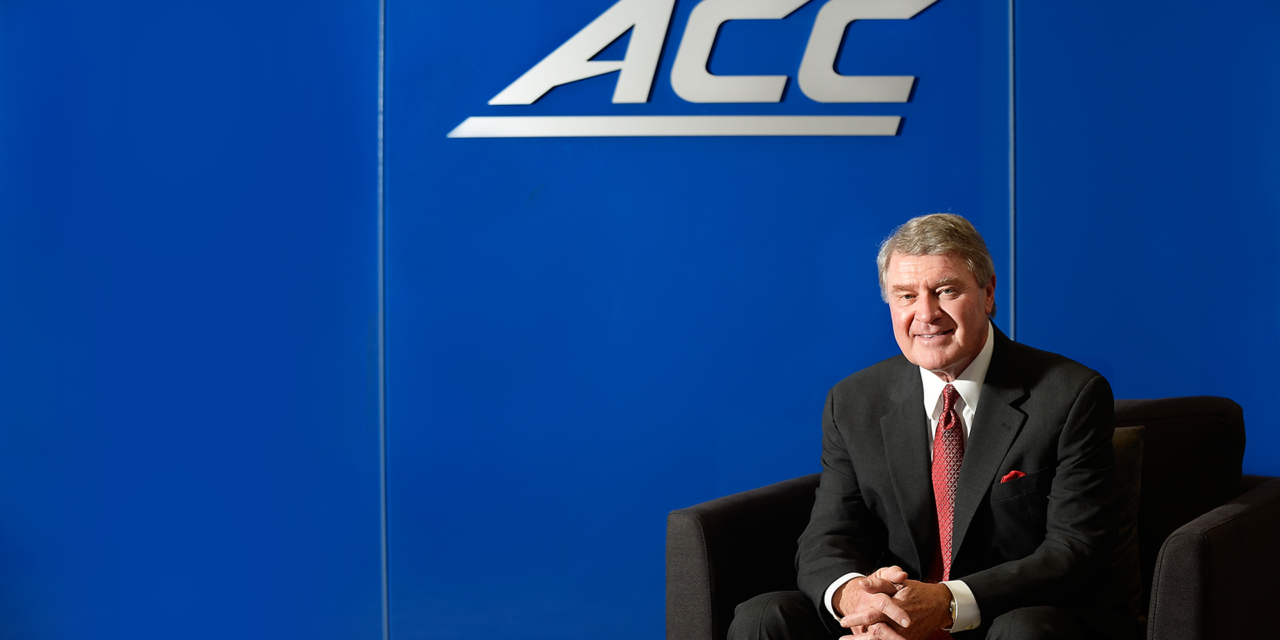 ACC commissioner John Swofford announced on Thursday that he will retire in June 2021 after 24 years with the conference.

“It has been a privilege to be a part of the ACC for over five decades and my respect and appreciation for those associated with the league throughout its history is immeasurable,” said Swofford. “Having been an ACC student-athlete, athletics director and commissioner has been an absolute honor.”

Under Swofford’s leadership, the ACC expanded from nine to 15 members beginning with Miami and Virginia Tech in 2004, followed by Boston College and later joined by Pitt, Syracuse, Notre Dame and Louisville. In addition, Swofford was the figurehead as the ACC created the ACC Football Championship Game and joined with ESPN in August 2019 to establish the ACC Network.

Members of the UNC community offered their support and appreciation for Swofford’s contributions to the conference.

“John Swofford’s impact on the ACC has been unbelievable,” said UNC football coach Mack Brown. “For countless years and in so many different roles, John has been a guiding force for the league through his contributions at both the institutional and conference level.”

Congratulations to a friend and colleague, Commissioner John Swofford, on an outstanding career. pic.twitter.com/OKOVA2raiA

“John Swofford is the best commissioner I ever worked with in 32 years as a head coach,” UNC men’s basketball coach Roy Williams said in a statement. “He truly has the best interests of student-athletes on his mind at every moment. He cares about people — whether they are players, coaches, administrators or student managers — he’s a people person. Wanda and I wish John and Nora a great retirement and hope they have a lot of fun from the very first day.”

“John’s professional legacy will always be his impact and inspiration to thousands of students and professionals he has mentored and led over the years,” said UNC athletic director Bubba Cunningham. “Congratulations, and thank you for your contributions to intercollegiate athletics.”

Swofford’s retirement comes at a time when college athletics are figuring out how to move forward amid the coronavirus pandemic.

In March, the ACC announced the cancellation of the men’s basketball tournament midway through competition. Soon afterwards, the conference canceled the remainder of the season for spring sports. UNC and ACC officials remain optimistic that the fall 2020 athletic season will be played.

“There are immediate challenges that face not only college athletics, but our entire country, and I will continue to do my very best to help guide the conference in these unprecedented times through the remainder of my tenure,” Swofford said. “Nora and I have been planning for this to be my last year for some time and I look forward to enjoying the remarkable friendships and memories I’ve been blessed with long after I leave this chair.”

A native of North Wilkesboro, North Carolina, Swofford attended UNC on a Morehead Scholarship as part of Bill Dooley’s first football recruiting class. He started at quarterback as a sophomore and part of his junior year, and then finished his career as a defensive back for UNC’s 1971 ACC Championship team.

In 1980, Swofford was named the athletics director at UNC. As athletics director, Swofford’s teams won more ACC and NCAA championships than any other athletic director in ACC history, a record that still stands. In 1994, Carolina won the Sears Director’s Cup, awarded to the top overall athletics program in the nation, the only ACC program to ever win that award.

During Swofford’s time as conference commissioner, the ACC fielded 92 national team titles in 19 of the league’s 27 sponsored sports.

Per the ACC, Swofford will continue in the commissioner’s chair until his successor is appointed and will assist with the transition as needed.

Commissioner John Swofford announced today that the 2020-21 athletic year will be his last.https://t.co/6InMoFZ4rh

Featured image via the ACC