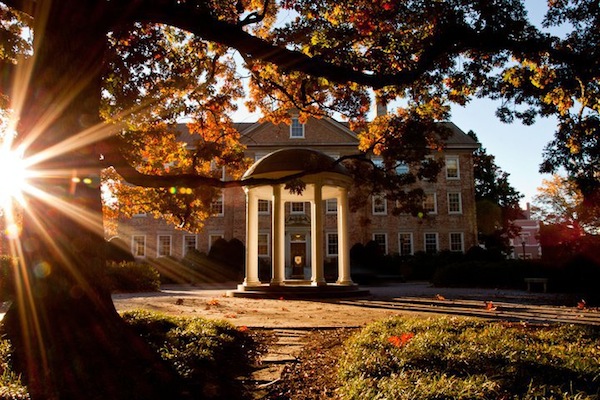 The initiative gives students the chance to register their weekend parties online with the Office of Community Involvement. If the police receive a noise complaint, the students are contacted via text or phone call and given a 20-minute window to quiet or disband the event.

Police will only visit the party is another call is received, helping police reserve resources and giving students more autonomy in their relationships with their neighbors.

Similar programs are already in place at University of Massachusetts Amherst, Colorado State University, and University of Colorado-Boulder, the last of which the Chamber of Commerce visited to witness the program first-hand.

“We used elements of what they have done in those other places, but really tailored it to the needs and the specificities of our communities and we’re excited about the launch,” said Bachenheimer.

Bachenheimer says that while the program is popular now at those other schools, it took a while to catch on. He believes the same will happen at UNC.

“I think there’s an understandable element of trust-building that needs to happen, and a lot of that will happen through word of mouth of students who are what we might call ‘early-adopters’ of these kinds of things,” said Bachenheimer. “As they realize that this isn’t tipping anybody off to anything, the police aren’t going to be more likely to show up because they’ve registered, but in fact this results in less likelihood of police showing up at their door.”

The program is currently in effect.