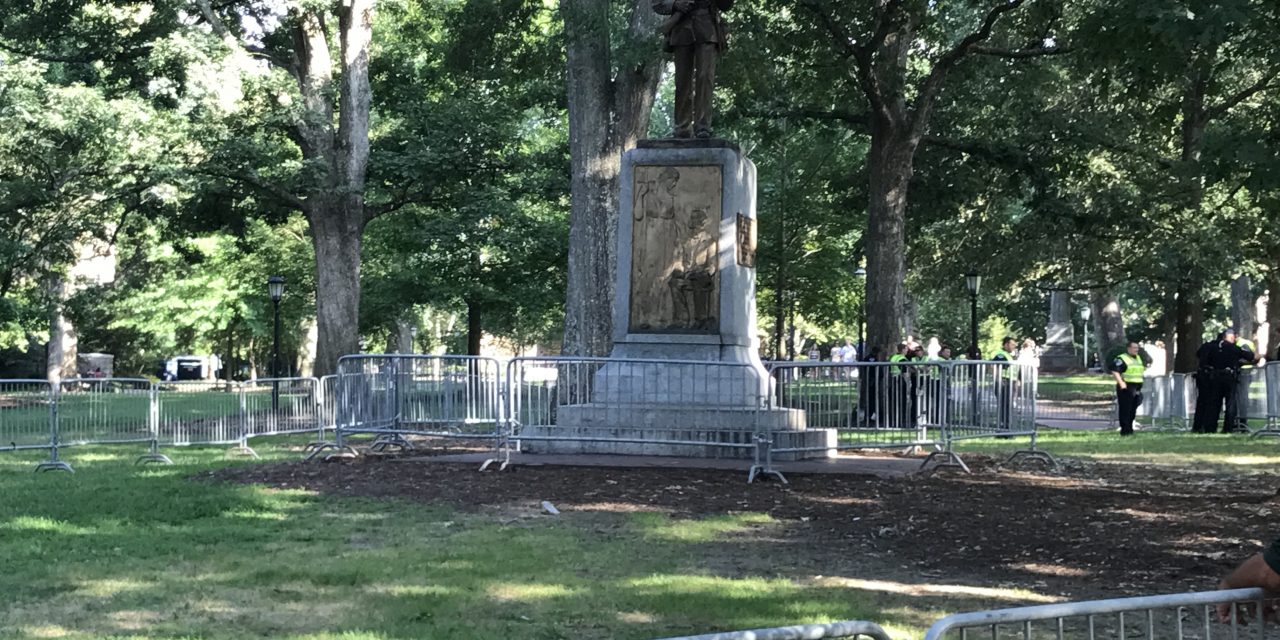 UNC – Chapel Hill has spent approximately $390,000 on an increased police presence around the Confederate monument on the university campus known as Silent Sam.

The figure, which was first reported by the News & Observer, covers the fiscal year from July 2017 through June 2018.

That time frame also aligns with the protests that occurred around the statue following the Unite the Right rally in Charlottesville, Virginia, where a counterprotester was killed when a white supremacist drove his vehicle into a crowd. That rally came after the City of Charlottesville was set to remove Confederate monuments from city-owned property.

The statue has been a lightning rod of protests over the decades, but the protests picked up in regularity over the course of the last academic year coming directly after the white supremacist rally in Charlottesville.

In addition to the $390,000 figure, the university reported approximately $3,000 in expenses to “clean the monument after vandalism during the fiscal year.”

A UNC graduate student, Maya Little, was arrested after pouring what she said was a mixture of her own blood and red paint on the statue. She has a court date set for this fall. An online petition was also circulated calling for UNC’s Honor Court to drop charges against Little that she said could lead to her expulsion.

UNC Chancellor Carol Folt has said she would order the statue be removed, if she felt she had the authority to do so. But the chancellor has maintained that she is limited a 2015 law passed by the Republican-led General Assembly that blocks the movement of objects of remembrance.

A national campaign pushing for the removal of Confederate monuments across the country targeted Silent Sam with two billboards in Raleigh depicting the statue on the Chapel Hill campus with the caption that North Carolina needs a monumental change.