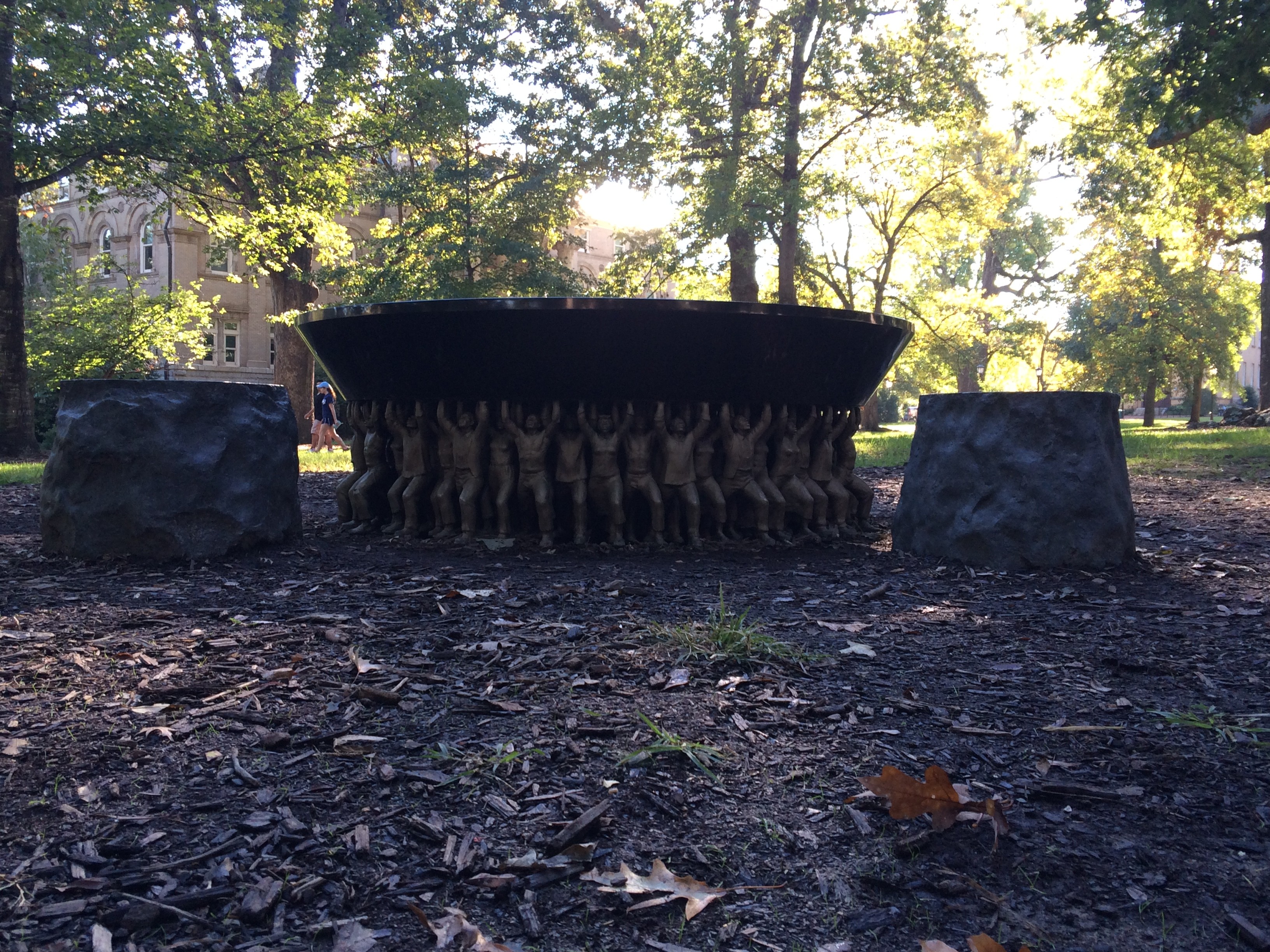 UNC Police have sworn out warrants for two suspects wanted in connection with two “racist actions” on the campus on Sunday.

Authorities on Monday afternoon released incident reports for the two instances. The suspects used “permanent marker and urine” to vandalize the Unsung Founders Memorial on McCorkle Place. An outdoor art installment near the Hanes Art Center was also written on with marker, according to the reports.

“UNC Police is conducting a thorough criminal investigation,” officials said in Monday’s update. “Therefore, at this time we will not be releasing any details that could impede that investigation or subsequent prosecution, including, but not limited to, surveillance video footage, photos, or the text of the graffiti.”

UNC interim chancellor Kevin Guskiewicz said in a message to the campus community on Sunday that one of the suspects had been identified as an individual “who is known to be affiliated with the Heirs to the Confederacy.”

The Unsung Founders Memorial was a donation from the class of 2002 honoring “The university’s unsung founders – the people of color bound and free who helped build the Carolina that we cherish today.” It sits near where the Confederate monument known as Silent Sam stood on the campus for more than 100 years. Protesters toppled the statue last August before the remaining pedestal was removed in January.

UNC Police have “returned the barricades around the Unsung Founders Memorial to deter future incidents.”