UNC Professors Weigh in on Disinformation, Role of Social Media in Capitol Insurrection 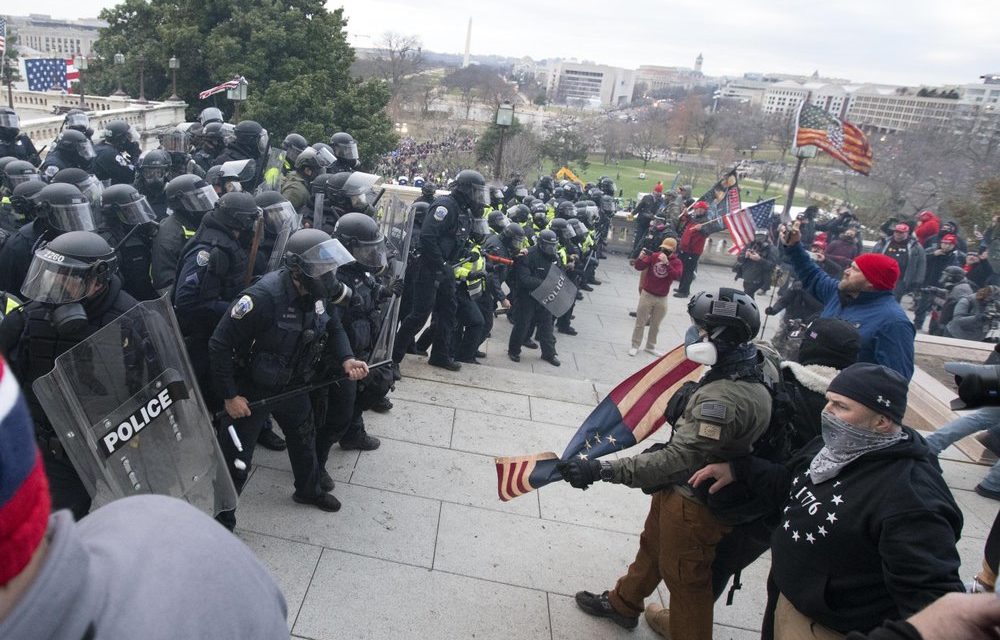 As we reflect on the chaos at the Capitol last week, two UNC professors weigh in on how social media, select news organizations and dangerous rhetoric escalated into an act of violence on America’s democracy.

One week ago, a violent mob loyal to President Donald Trump stormed the U.S. Capitol and forced lawmakers into hiding — an attempt to overturn America’s presidential election and keep President-Elect Joe Biden from replacing Trump in the White House.

Jonathan Weiler is a Professor of Global Studies at UNC and the co-author of a book called Authoritarianism and Polarization in American Politics.

Weiler said there is an increasingly “conspiratorial informational ecosystem” that has been misguiding Americans for years. He said conservative government officials and media outlets have destroyed the relationship between people’s fervently held beliefs and reality.

“Part of what frustrates me about enablers, some of whom are now very belatedly horrified by what they’re witnessing, is that they were very much part of this growing pandemic of disinformation – and now we are yielding the very bitter fruits of that,” Weiler said.

Weiler said it is not surprising that this rampant disinformation has subsequently caused an attack on our democracy – especially considering the current administration’s flagrant use of social media.

“We’re talking about this ecosystem of conspiratorial disinformation that motivates a significant portion of the population to believe that their leaders – their institutions – are unjust, illegitimate, need to be overthrown and that violence is an acceptable means of doing so.”

Currently, in the digital age, Weiler thinks this problem of disinformation is going to be very difficult to solve.

“It will help some when Joe Biden becomes president and at least uses different language to communicate with Americans and to talk about what are the acceptable boundaries of political behavior,” Weiler said. “But the larger and longer-term problem of disinformation, of people living in really different realities, is an intractable one.”

Deen Freelon is an Associate Professor in UNC’s Hussman School of Journalism and Media whose research primarily focuses on political expression through digital media.

Freelon said the combination of social media and partisan coverage has greatly affected how Americans shape their political ideologies.

“Many people who are on the right side of the political spectrum have really been captured within an exclusive, right-winged media ecosystem that feeds them lies,” Freelon said. “The lie that Biden lost the election, the lie that there’s a lot of voter fraud that swung the election towards Biden – that he wouldn’t have won without voter fraud – and they believe this. It’s not just social media companies, it’s also alternative media outlets like Newsmax and OAN and, to some extent, Fox News.”

Freelon said many people are heavily influenced by these lies and some followed them all the way to the steps of the Capitol Building.

Freelon said having social media platforms create clearer guidelines will help to mitigate the spread of false information – especially as there are very few other regulations limiting speech, as defined by the First Amendment.

“In the absence of legislation to regulate social media companies – and of course any such legislation would need to be consistent with the First Amendment – I think we are looking at social media companies to be arbiters of appropriate speech. We have private enterprise in this country, we have private property in this country and these social media platforms are their property and they can say what goes and does not go on those platforms.

You can hear more of these conversations with Professor Weiler here and Professor Freelon here.