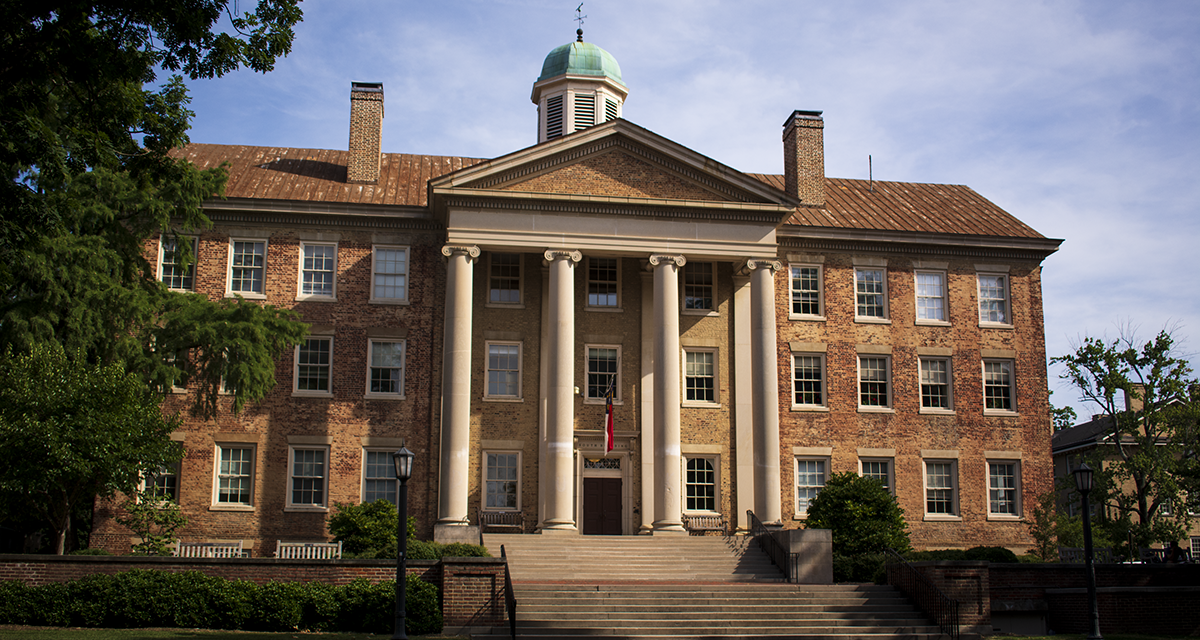 The 13-member group passed a motion Tuesday to recommend removals of Charles Aycock, Julian Carr, Josephus Daniels and Thomas Ruffin as namesakes of buildings to the chancellor. It is the first step of name removals as laid out in a new university policy passed by the UNC Board of Trustees on July 16.

Many committee members expressed sentiment that the historical evidence as presented by the UNC Commission on History, Race and A Way Forward in its request fit the criteria laid out by the university policy to consider name removal. Some said they were surprised it took the decades it has to change some of the four names, specifically Carr and Ruffin considering their views were seen as extreme even in the 1900s.

The committee is made up of university trustees, students, faculty and volunteers. Trustee Dave Boliek is one of them. Before discussion of these four specific buildings, he shared the reasoning behind the trustees’ decision to make a distinct policy and review process.

“Names were put on buildings for a reason,” he said. “So, if names are taken off of buildings, the board felt very strongly that required serious contemplation from serious people to uphold the integrity of our university.”

But, like all the committee members, Boliek voted that these four namesakes ought to be removed.

“We want those names on buildings to be people our community looks up to,” he said. “I may have learned more in the last six weeks or so than in the 25 years after leaving Chapel Hill about the meanings of names attached to buildings, structures, race and place.”

Other members of the committee agreed.

“For students,” said Kira Griffith, a senior at UNC, “many are living in spaces and buildings that are new to them, but they call it home nonetheless. A lot of students don’t feel like they want to follow in the footsteps or emulate the actions of these individuals the buildings are currently named after.”

Barbara Rimer, the dean of the Gillings School of Global Public Health, said she’s now learned much about systemic racism. She said discussions with campus community members have shaped her understanding of the structure created following the Civil War to oppress Black residents.

“People I’ve spoken to feel that really acutely and have a sense of appropriate outrage about the names. They may have been okay once, but they’re not okay today. I think there’s a really strong majority of people on this campus that feel it’s the right thing to, the right thing to do now and we need to do it quickly.”

Paul Fulton is a former UNC trustee, dean and system governor, with his involvement at the university spanning decades. He said changes to these four building names in particular have been needed for a long time.

“It’s amazing to me that it really took us this long. The examples here are probably a little bit of the low hanging fruit. But they stand out as obvious that the naming of these buildings in the first place was probably a mistake. It’s time to correct it.”

The next step in the review process of these campus building names is for Guskiewicz to bring the committee’s comments and recommendation to the Board of Trustees for their own deliberation.

To watch the full meeting of this UNC committee, visit the university’s YouTube page.