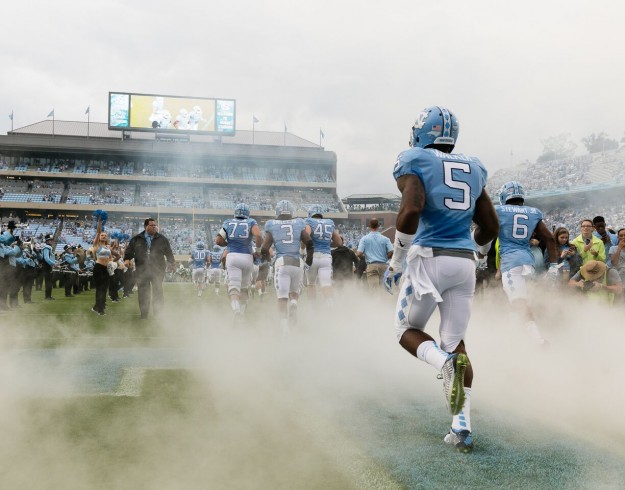 Fans at Kenan Stadium and other UNC sporting events this fall will very likely have the option to purchase alcohol during the games.

North Carolina Governor Roy Cooper signed into law this week changes that allow for colleges in the UNC System to sell alcohol at sporting events on campus, if the university’s board of trustees approves.

UNC – Chapel Hill board chair Haywood Cochrane was part of the initial contingent pushing for the change and said on Thursday he anticipates Carolina having the provisions in place in time for the fall semester.

“We’d like to go ahead and set in motion what is necessary for the trustees to do in order to give the athletic department the go-ahead to implement, obviously Kenan Stadium comes to mind but the Dean Dome is not far behind,” Cochrane said. “And we’re delighted that it got approved.”

Cochrane said this would give the university more control over binge drinking on gamedays – for football games, in particular.

“Which is, you get tanked up before you come into the game because there’s no way to get alcohol at the game,” Cochrane said. “It has been shown in at least two other universities a significant reduction in the number of alcoholic incidents – particularly at football games – as a result of being able to sell alcohol in the stadiums.”

Cochrane said he felt making for a safer environment was enough of a reason to push for the change, but he added there would be some financial benefits as well from being able to sell alcohol.

UNC athletics director Bubba Cunningham said in a university-released statement on the proposal that game management staff and UNC’s concessions partner would bring a presentation to the university regarding “the difference scenarios involved in such sales.”

The sale of alcohol in college stadiums has been a growing trend across the country, including during NCAA championships and ACC Tournaments.