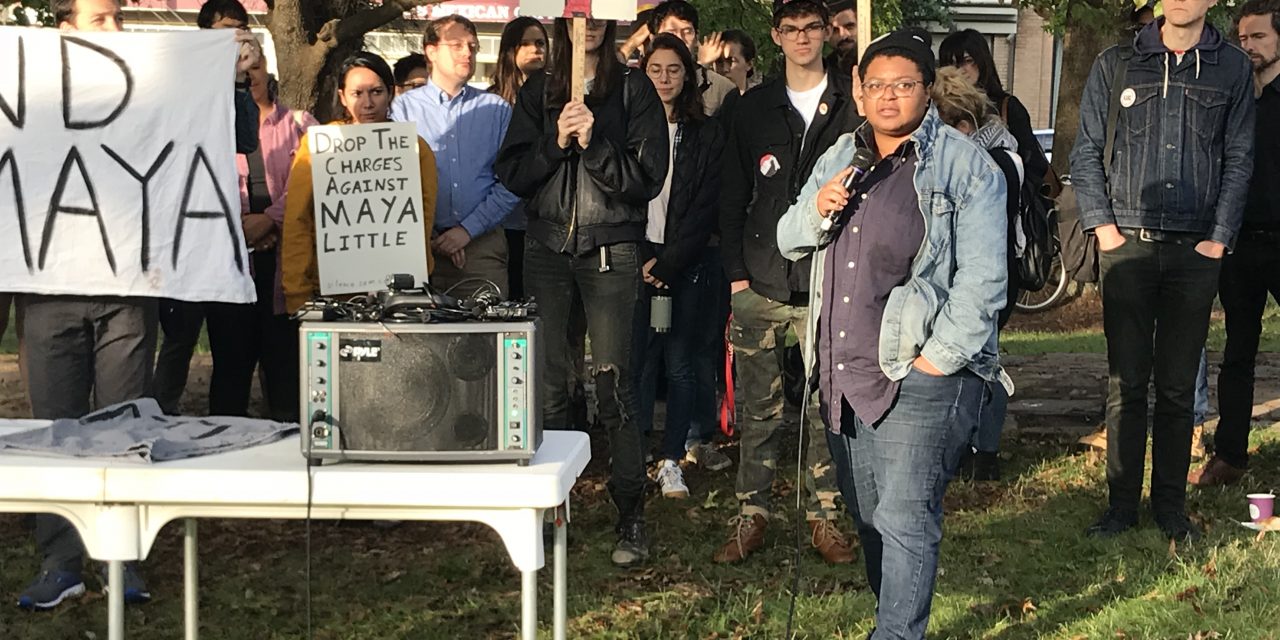 Little said Thursday that the panel hearing her appeal had ruled that Little’s “basic rights” were violated during the initial hearing.

The first panel to hear Little’s case found her guilty of violating the university’s honor code when she poured a mixture of what she said was her own blood and red ink on the Confederate monument on the Chapel Hill campus known as Silent Sam in the spring of 2018.

Little objected to one of the panelists on the first hearing, Frank Pray, who had made comments on social media supporting Silent Sam and criticizing protesters calling for its removal.

Pray remained on the panel and voted for sanctioning Little in what turned out to be a 3-2 decision.

She was also criminally charged with a misdemeanor count of defacing a public monument for her actions last year. That case resulted in a guilty verdict, but the Orange County judge hearing the case continued judgment and waived all costs associated with the ruling, meaning she faced no further punishment.

Prior to the hearing, activists rallied on the campus and placed a memorial to James Cates, who was murdered in the Pit on the UNC campus in 1970. Another marker honoring the “Negro Wench” referenced by Julian Carr at his dedication speech for Silent Sam in 1913 was placed in the public right of way on Franklin Street.

The marker honoring Cates was removed by Wednesday morning. The memorial on Franklin Street remained in place as of Thursday afternoon.

Protesters toppled the Silent Sam statue last August. The remaining base of the monument was ordered to be removed by then-chancellor Carol Folt in mid-January.

Five members of the UNC System Board of Governors are working with the campus administration to develop a plan for the future of the Confederate monument by a mid-March deadline.