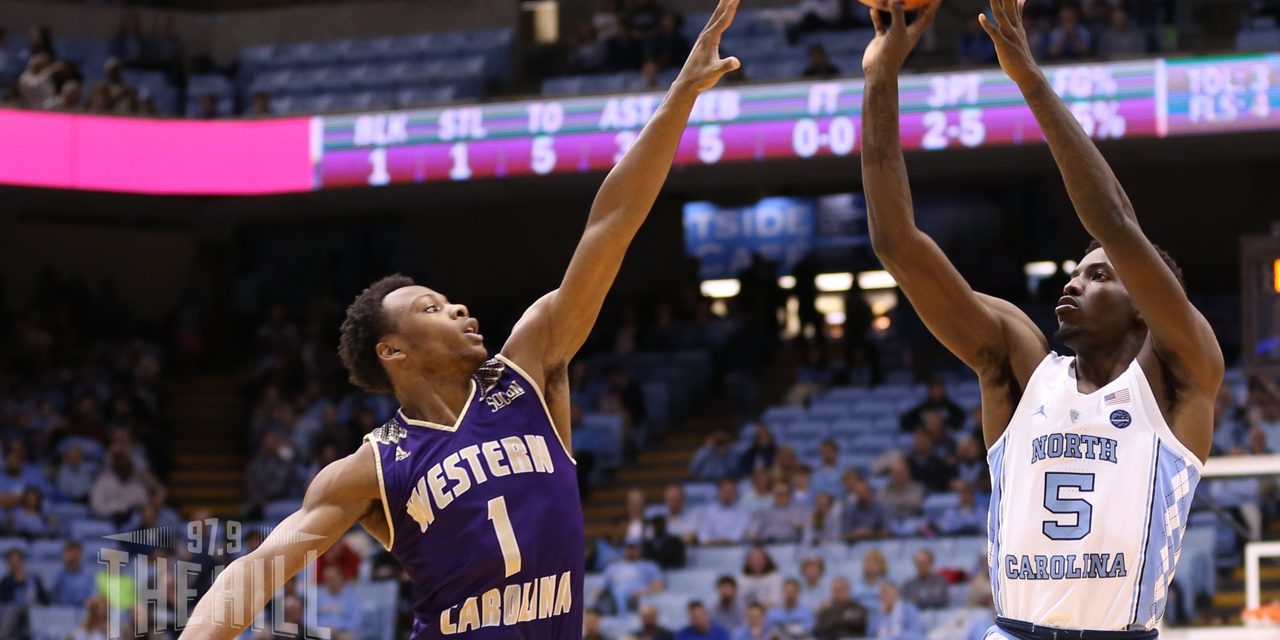 Durham-based attorney Kerry Sutton is representing UNC freshman guard Jalek Felton after he was suspended from the university on Tuesday.

Few details are known about Felton’s suspension. Sutton’s law firm – Sutton & Lindsay – “provides aggressive legal representation in resolving criminal charges, professional license and ethics issues, and civil matters,” according to its website. Sutton represented UNC linebacker Allen Artis when he was accused of sexual assault by another student on the UNC campus. Artis was eventually cleared by the university and misdemeanor charges were dropped.

Sutton tweeted Tuesday that Felton “is an extraordinary young man & an exemplary student athlete” at UNC. She added, “We’ll get him back in class & on the court where he belongs as soon as we can.”

Jalek Felton is an extraordinary young man & an exemplary student athlete at @UNC. The support he's getting from @UNC_Basketball fans and friends today means the world to him. We’ll get him back in class & on the court where he belongs as soon as we can. pic.twitter.com/4jNsG6awLe

Sutton told WCHL that the process is currently in the “gathering information” phase. There is no public information from any local law enforcement agency nor the North Carolina court system, as of this posting, linking Felton to any criminal charges.

The university said in an initial release that there was no further information available due to privacy laws.

Felton, the nephew of former Tar Heel Raymond Felton, was a highly touted recruit coming out of South Carolina and was serving as a backup to senior Joel Berry. Felton’s suspension coupled with the injury that has left sophomore Seventh Woods sidelined in recent weeks leave UNC with few options at point guard.

Carolina is on the road facing Clemson on Tuesday night. Felton did not travel with UNC to Clemson, according to multiple reports.

There is no timeline as to how long Felton’s suspension may be.