The statue of a former newspaper publisher, U.S. Navy secretary and lifelong white supremacist has been taken down in North Carolina. The Raleigh News & Observer reported the statue of Josephus Daniels was removed from Raleigh’s Nash Square.

“The time is right,” said Frank Daniels III, a former executive editor of the newspaper who watched the monument to his great-grandfather come down. “I don’t think anyone would say that it’s not the appropriate time to move the statue of Josephus to a more appropriate location.”

The monument will be put into storage, he said. The statue came down in the wake of protests after the death of George Floyd, a black man who died during a police arrest in Minneapolis. Demonstrators have been rallying against police brutality and systemic racism.

The removal of the statue of Josephus Daniels follows similar developments in Durham, Chapel Hill and Pittsboro in recent years. 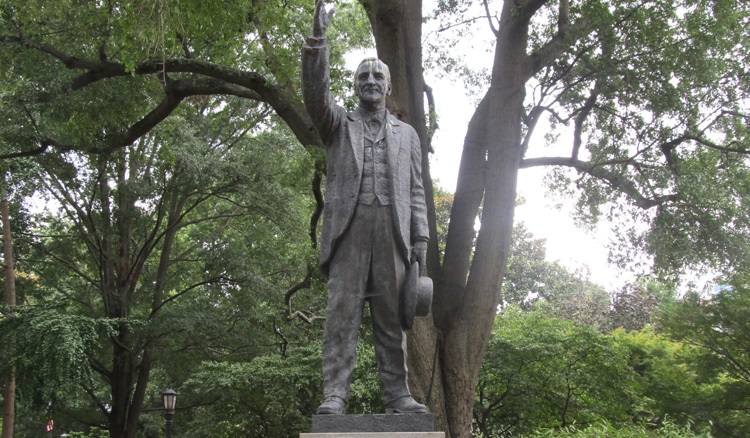