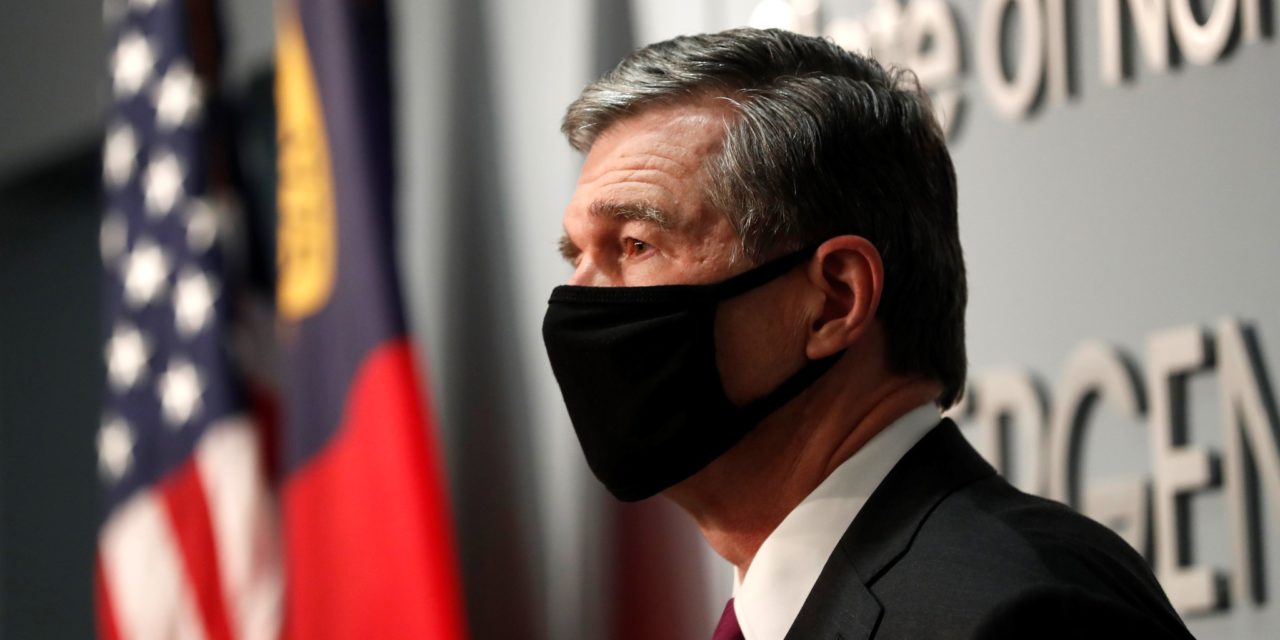 North Carolina Gov. Roy Cooper advised residents to avoid traveling over the holidays, saying Tuesday that he would limit his Christmas gathering in Raleigh to immediate family members.

Speaking at a news conference, Cooper warned of increases in coronavirus spread similar to the one that occurred over Thanksgiving if people disregard public health guidelines. He did not add any new restrictions on gatherings or travel, however. Residents are currently limited to indoor parties of 10 or fewer people.

The Democratic governor pointed to rising case numbers, limited staffing capacities at hospitals and a rise in the share of tests coming back positive, though he said Tuesday that numbers have “plateaued” in recent weeks.

“This virus continues to spread quickly,” Cooper said. “Don’t get numb to these numbers. They have plateaued a bit over the last few weeks, but they are too high.”

All but eight of the North Carolina’s 100 counties are presently seeing substantial or critical levels of community spread.

The state reported on Tuesday that more than 3,000 people are currently hospitalized due to COVID-19, the highest mark yet since the start of the pandemic.

According to North Carolina’s Department of Health and Human Services, more than 2,000 ICU beds are in use and over 400 are staffed and empty. More than 1,000 additional beds are either unstaffed or unreported.

North Carolina has consistently reported a daily positivity rate above 10% since Thanksgiving. The state saw a single-day increase of more than 5,200 cases on Tuesday. It is approaching 500,000 cases and 6,300 deaths since the start of the pandemic.

The state also announced it has vaccinated more than 24,000 people in less than a week. The doses have largely gone to hospital workers in more urban areas that regularly come into contact with the virus as part of their work.

Mandy Cohen, the state’s top public health official, said her office is evaluating guidance from a Centers for Disease Control and Prevention panel on vaccinations. The panel is urging states to prioritize people 75 years and older and essential frontline workers after health care workers and nursing home residents and staff. She said North Carolina plans to adjust its distribution plan to implement the suggestion.