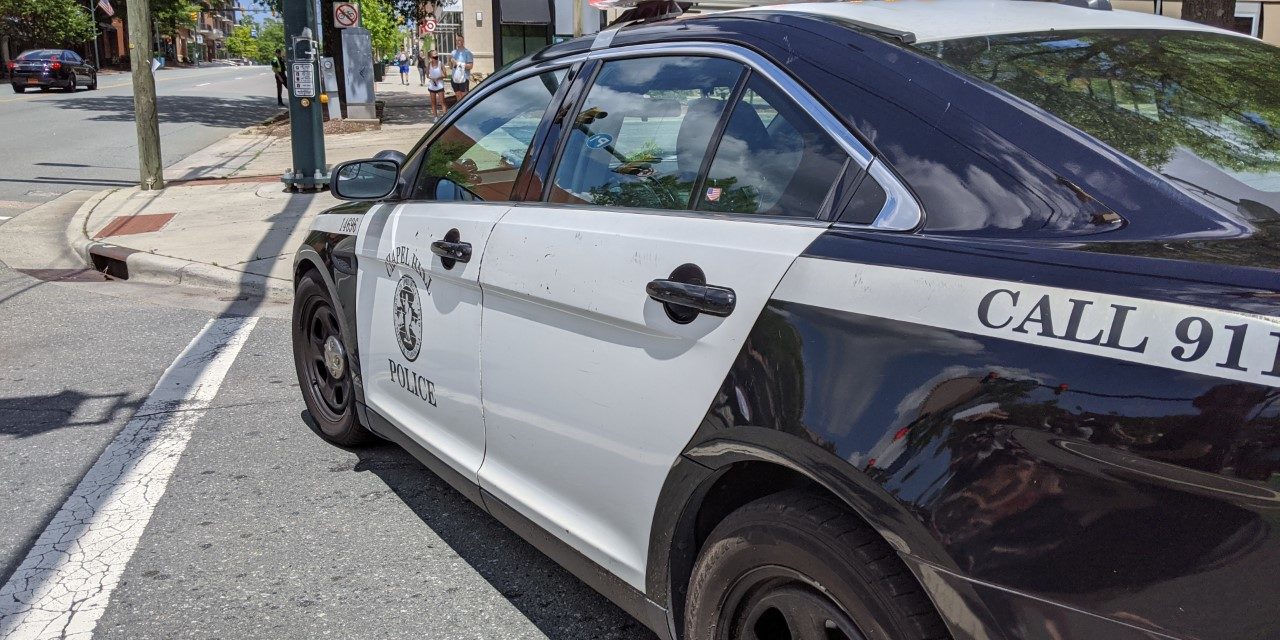 A release from the town said police officers responded to a report of a struck pedestrian just before 4 p.m., who was crossing in a crosswalk toward Longview Street. The person was transported to UNC Hospitals for further treatment on what police described as non-life-threatening injuries.

After conducting an initial investigation, Chapel Hill Police charged 20-year-old Lefan Xuan with failure to yield to a pedestrian in a crosswalk.

The incident marks the latest widely reported pedestrian collision by the police department since September. One of those instances also happened on Martin Luther King Jr. Boulevard. A 61-year-old man in the street near Perkins Drive was struck and ultimately killed on September 8. The driver was not charged. A few weeks later, a pedestrian using the crosswalk on East Franklin Street near Couch Road was clipped by a passing driver. Police said a 22-year-old woman was charged with speeding and failure to yield from the incident.

As of Friday evening, Chapel Hill Police said no further information on the latest pedestrian collision was available. A spokesperson for the department confirmed that this latest incident brings the town’s total of pedestrian-involved crashes to 15 in 2022.