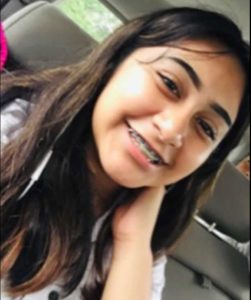 Moreno is described as a Hispanic female, roughly 5 feet 2 inches tall and weighing an estimated 150 pounds. She has brown eyes and black hair, according to police. Officials said she was last seen wearing a blue Harris Teeter polo and khaki pants.

Anyone with information regarding the whereabouts of Moreno is asked to call 911 or Orange County Communications at (919) 732-5063.