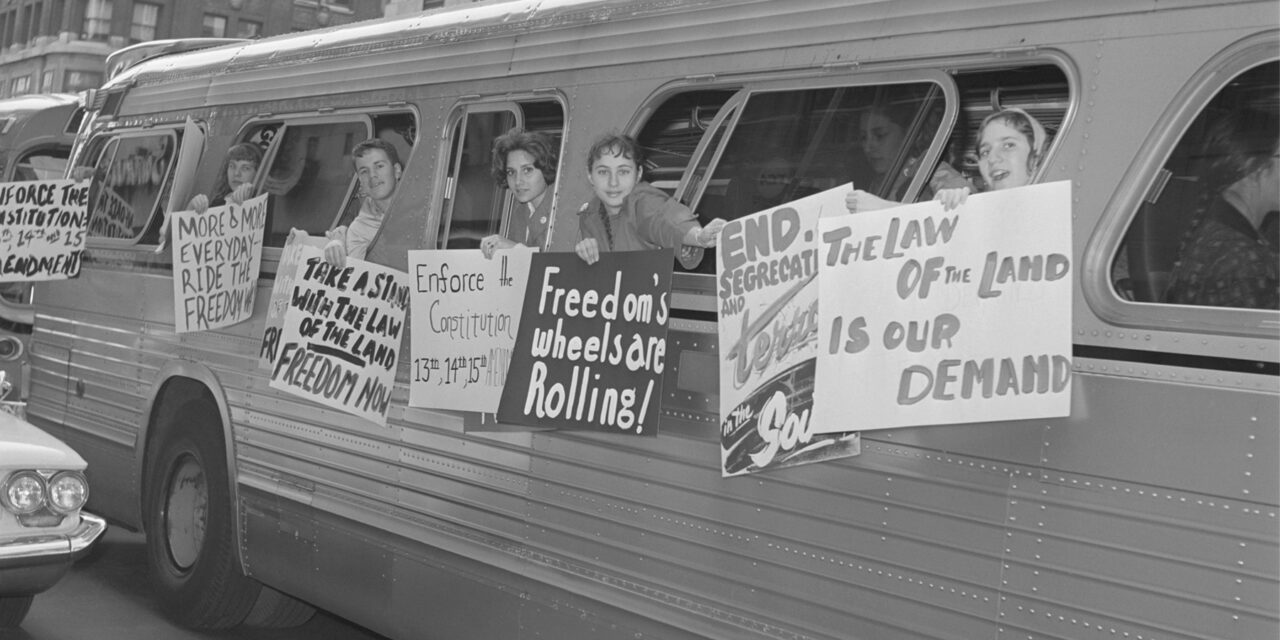 60 years ago, a group of 400 men and women rode buses through the segregated South to challenge the lack of enforcement of the 1960 Supreme Court decision that banned the segregation of interstate transportation facilities.

This week, one of these individuals will be joining a multigenerational set of Orange County activists as they commemorate the anniversary of the Freedom Rides.

On Wednesday from 6:30 to 8:30 p.m., the Orange County Community Remembrance Coalition is hosting a virtual program in collaboration with Carolina K-12 to commemorate the 60th anniversary of the Freedom Rides and discuss the current state of the civil rights movement in the United States. The program’s featured speaker, David Dennis, will recount some of his experiences as a Freedom Rider and detail his work as co-director of the Council of  Federated Organizations, Mississippi director of the Congress of Racial Equality, and a coordinator of the Mississippi Freedom Summer.

The program will also feature historians William Sturkney and Freddie Parker to discuss the background and history of the movement, thanks to UNC-Chapel Hill student Derrick Davis and member of the National Association for the Advancement of Colored People’s Youth Council Joyah Horton’s efforts to organize the scholars’ remote appearances.

In addition to the history of the movement, the program’s discussion will focus on the continued struggle for civil rights in the United States. This section of the discussion will be held by local activists Braxton Foushee, LaTarndra Strong, Jerdene Alston, and Ajamu Dilahunt-Holliway as well as UNC PhD students and curators of the Black Out Loud art exhibit Cortland Gilliam and Jerry Wilson. Chapel Hill poet laureate C.J. Suitt will also deliver a tribute to civil rights leader Bayard Rustin.

“Any injustice anywhere that you can correct is injustice everywhere,” long-time community member and civil rights activist Braxton Foushee told 97.9 The Hill’s Brighton McConnell. “I don’t think we should be fighting these same fights 50 years from now. It just blows my mind that we’re still in the United States of America and going through the same thing that we went through 50 years ago.”

Paris Miller of the Orange County Community Remembrance Coalition told 97.9 The Hill Wednesday’s program was created to be extremely inclusive for younger people.

“We were very intentional about making sure our program is intersectional and that young folks are a part of it,” Miller said. “We want our youth activists to see themselves as a part of the continuum of the movement work,  just as the young Freedom Riders were a continuum to those who came before them.”

The virtual program is open to the public and free to attend. An online form to register for the event can be found here. More information about the activities of the Orange County Community Remembrance Coalition can be found on the coalition’s website.