Pavao was an advertising executive who retired to Chapel Hill in 1988. He went on to serve two terms on the Chapel Hill Town Council and ran unsuccessfully for mayor in 2001.

Pavao died on Monday surrounded by his family. He was 85.

The family submitted the following obituary: 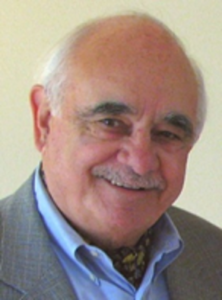 Lee was born in Fall River, Massachusetts January 30, 1934 to Portuguese-American parents.  He graduated from Monsignor James Coyle Memorial High School in 1952 and the University of Massachusetts Dartmouth in 1956 with a Bachelor of Science degree in Advertising Design.

After graduation, Lee joined J. Walter Thompson Company (JWT) in New York and was assigned to the Miami office before being called to serve with the US Army at Fort Benning from 1956-1958. During his military service, he married is college sweetheart, Joan Hersey. Following his Army duty, Lee returned to JWT for what would become a globetrotting 30+ year career including postings in five countries. He initially worked as an artist at the New York headquarters office before being transferred to Amsterdam (1963-65) and Madrid (1967-1969) as Creative Director.  After Madrid, Lee returned to work in New York City and set up home in New Rochelle NY with three children, soon to be four. In 1974 JWT offered a new posting which would turn into a series of Latin American assignments between 1974 and 1988 as Lee, Joan and family moved to Brazil, Peru and back to Brazil. Lee initially served as Creative Director in Sao Paulo, then General Manager in Lima before returning to Sao Paulo in 1980 as President & CEO of JWT-Brazil. Over the next 8 years, Lee’s responsibilities grew to include all of Latin America, and ultimately Lee was elected to the company’s Worldwide Board of Directors.

Lee and Joan retired to Chapel Hill, NC in 1988, and while Joan passed in 1990, Lee threw himself into a second career as a community volunteer, town leader, advocate for senior citizens and grandfather. Lee loved his adopted home of Chapel Hill and cherished the friendships he developed in retirement. Always busy as “man about town” he served as Chapel Hill Town Councilor for two terms, Chapel Hill Mayor Pro Tem 2000-2001 and Board Member of the Orange County Visitors Bureau for many years. He had great passion for his work to bring a modern, fully resourced senior center to Chapel Hill which culminated in 2007 with the opening of the Robert and Pearl Seymour Center. In 2013, Lee was awarded the Order of the Long Leaf Pine by Governor Purdue.

Lee is survived by three of his children, Mark Pavao of Haverford PA, Leah Linke of Chapel Hill NC and Sarah Sorg of Fox Chapel PA and their spouses Jennifer, Dean and Craig, four grandchildren, Nic, Ben, Aly and Max and his longtime companion Kathy Porter of Durham NC. He was preceded in death by Joan, his wife of 34 years and his son Chris. In lieu of flowers, donations may be made to the Lee Pavao Memorial Fund to support the Seymour Center. A Celebration of Life is planned for the afternoon of July 28, 2019. For condolences and information regarding the Celebration of Life and/or donations, please visit www.leepavaomemorial.com.