CHCCS’ Food For Students Dishes Out 1 Million Meals During Pandemic 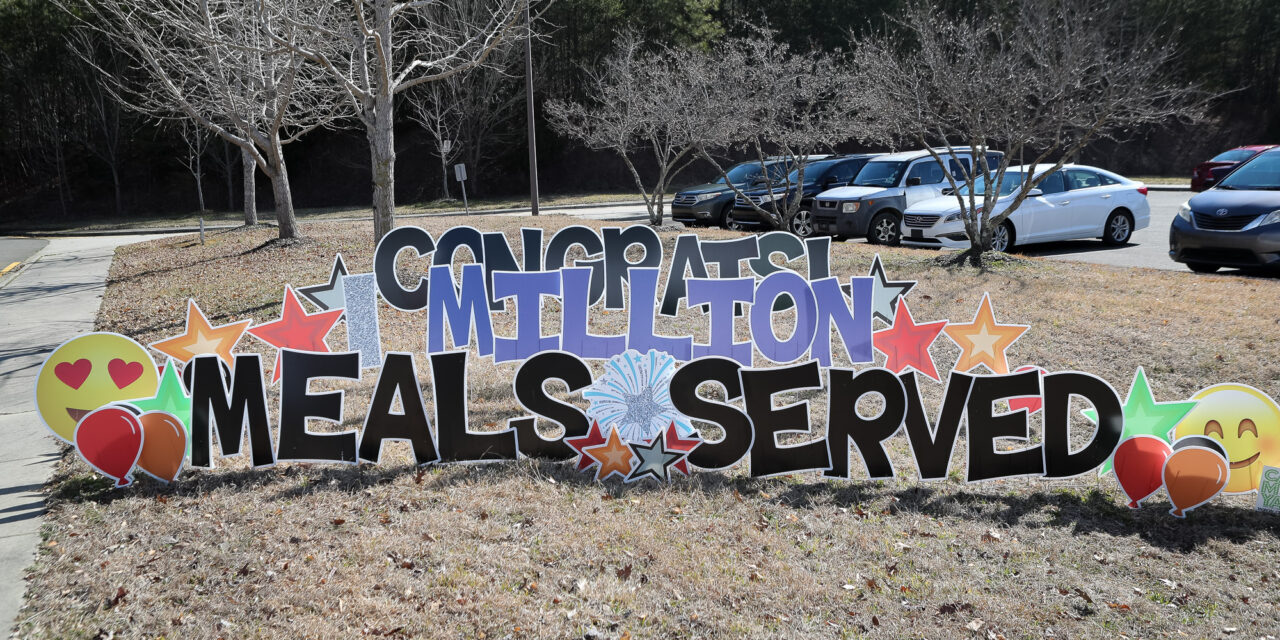 Chapel Hill-Carrboro’s Food For Students program has served more than one million meals to children in the community since the pandemic began.

Since mid-March, the expanded program, formerly known as Food For The Summer, has utilized USDA funds, private donations and community volunteer support to provide local students with meals every day.

After their meal distribution in December, Food For Students had served more than 900,000 meals. Now, 11 months into the pandemic, the program has hit its biggest milestone yet.

“I think what that million mark means for all of us that have been at this is that we never gave up and we’re not stopping,” said Liz Cartano, the Director of Dining for Chapel Hill-Carrboro City Schools.

Cartano said it has been a long road to reach this milestone of one million meals. Back in March, Food For Students initially only had 20 food distribution sites serving meals five days a week. Soon after, to accommodate for the growing need, the program expanded to serving meals seven days a week at 37 sites.

As of last week, Cartano said Food for Students has grown to 48 distribution sites to better reach every facet of the community.

“Our motto kind of was ‘we’re going to be fluid, flexible and friendly’ – and I’ll tell you we have pivoted so many times through this process – but at the end of the day we really now have a program that we can use again and again and again to support the community,” Cartano said. “We really try to identify any place where we can find a child that may need a meal and we figure out the best, most efficient way to get it to them.”

Since the pandemic began in March, the need for meals has remained consistent. In order to keep up with the demand, Cartano said an abundance of community volunteers and support have made all the difference.

“As a community, I don’t think you can operate a program like this without that support,” Cartano said. “It has been lifechanging for the children in this community.”

On Wednesday, @chccs celebrated serving its one millionth meal through its Food for Students initiative.

Chapel Hill Mayor @PamHemminger and CHCCS Superintendent @NyahHamlett were in attendance to celebrate the achievement. pic.twitter.com/HsBLPYfy6U

As Food For Students looks to the future, one million meals in, Cartano said she expects the program will continue to change, especially as local school districts adapt to new recommendations from the state government.

On Thursday, the Chapel Hill-Carrboro City Schools Board of Education approved a plan to move the district into a hybrid learning model beginning in April. Despite this reopening for in-person instruction for the first time since March, Cartano said Food For Student’s mission will remain the same.

“No matter what the state decides, we will find a way to serve those kids no matter where they’re located,” Cartano said. “Whether it may be serving meals in a new location or adapting our café options to allow for physical distancing, we feel pretty prepared to safely serve students.”

To celebrate this milestone of one million meals served, Food For Students held a celebratory event at Smith Middle School on Wednesday thank all the volunteers and employees that made this program a success.

“I think that it’s a good opportunity to just let people know that we care – because they’ve cared so much,” Cartano said.