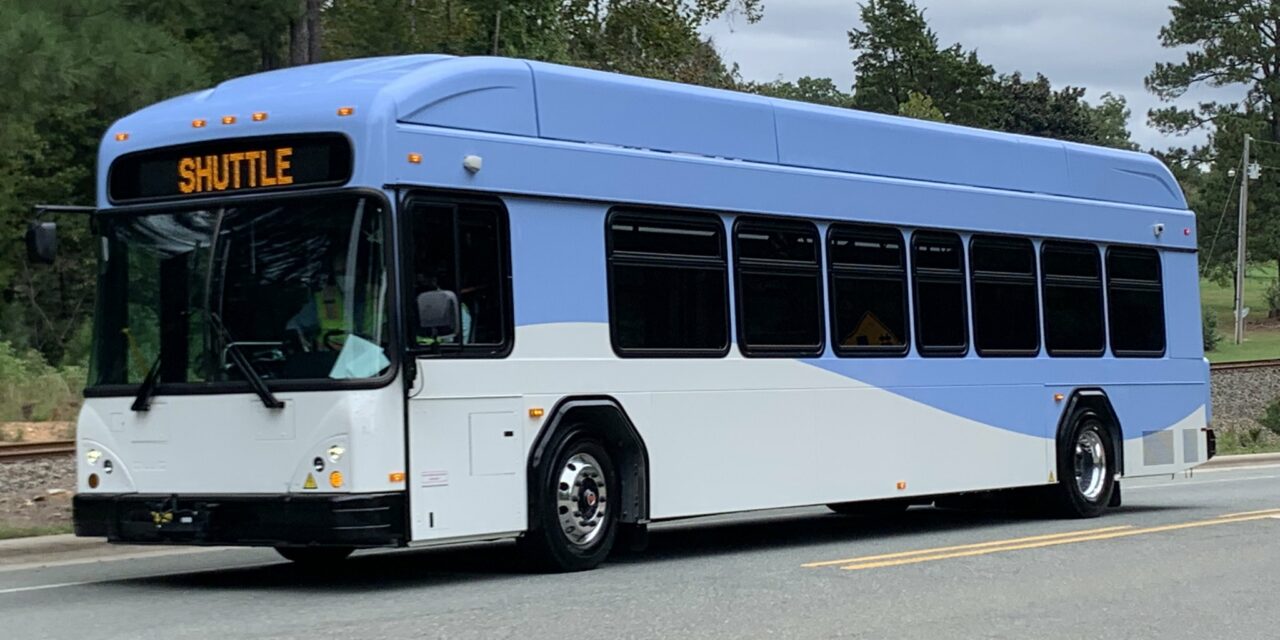 Three electric buses are joining the Chapel Hill Transit fleet. These buses are currently in the pilot trial phase and are part of the Town of Chapel Hill’s larger sustainability initiative.

The first of @chtransit’s electric buses have started to arrive. Looking forward to testing these new rides #zeroemissionbuses pic.twitter.com/CM8w3OB4ma

The Town of Chapel Hill has been interested in zero-emission vehicles for a long time.

Chapel Hill Transit Director Brian Litchfield said the bus system was the first in North Carolina to move toward hybrid buses. He said they’ve been wanting to add electric buses, but those vehicles cost twice as much as the diesel models.

Now, with more than $1.3 million in funding given by the Federal Transit Administration and other partners, Chapel Hill Transit has purchased three electric vehicles which have arrived in the past couple days.

“We have a fourth one on order,” Litchfield said. “We have received another federal grant that will allow us to purchase another seven buses utilizing some federal and state resources. [I’m] really excited about being able to move further into the zero-emission vehicle arena.”

The electric buses are currently in a pilot program according to the transit director. During this phase, operators and mechanics are being trained on how the vehicles run. Public safety partners, like police, fire, and EMS, are also learning the ins and outs of the buses.

Another part of the pilot program is to better understand the mileage per charge. These buses are estimated to run 200 – 250 miles on a full charge.

Litchfield said he aims to have the core fleet, which consists of 93 buses, 29 of which are already hybrid, eventually be entirely zero-emission buses, but there are some challenges.

“We have buses that we’ve purchased just in the last couple [years] that will likely be with us for 12 – 15 years because we’ve got to get the full useful life out of them to meet our federal requirements,” Litchfield said. “After that its going to depend on our needs going forward.”

Litchfield said electric vehicles can make it harder to participate in emergency evacuations for things like hurricanes – especially if the buses can’t be charged during a power outage.  While Chapel Hill Transit does not build its standard fleet around those situations, Litchfield said the transit service needs to think about having vehicles which could help the community in those scenarios.

“A vehicle that goes 200, 250 miles may not be able to do that but hopefully in the coming years we’ll get those to go further and it won’t be much of a question,” Litchfield said.

Chapel Hill Transit is also beginning a solar feasibility study. Litchfield said consultants will look at bus parking lots and park and rides which could be outfitted with solar panels to charge buses.

“It makes sense and we’re optimistic that we’ll find some ways that we can take advantage of solar charging to be able to if not offset all of our electrical charging at least offset a significant portion of it,” said Litchfield, “so that way we’re less reliant on the grid and even less emissions and other environmental impacts associated with the creation of electricity and all of that.”

Litchfield said the three electric buses should enter full rotation at the beginning of next year.