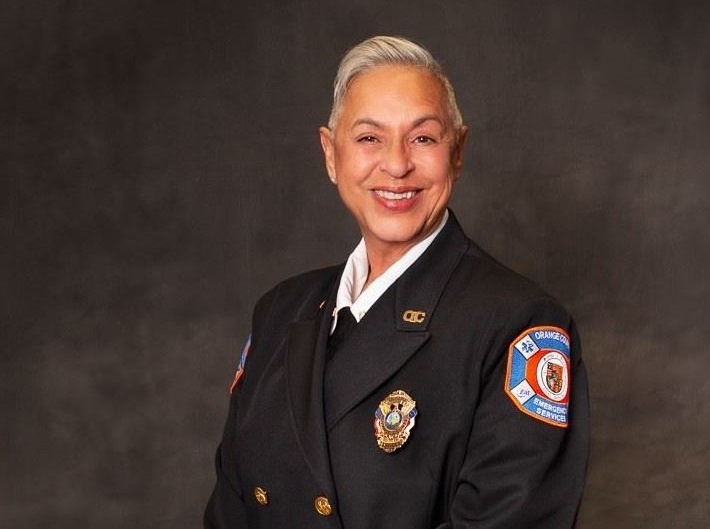 A release from the county government on Tuesday shared the news, saying Jeffries will end her 37-year run as an Orange County employee at the start of 2021.

“Dinah has been a strong leader of Emergency Services and has built strong relationships with our partners,” said Orange County manager Bonnie Hammersley. “We are grateful for her dedication and commitment to Orange County. She will be hard to replace and missed by many people.”

Jeffries became the Emergency Services Director in 2016, making her the first woman and first African-American to helm the county department. She had previously served as interim director in 2015 and was initially hired as a dispatcher in the department in 1983.

During her tenure, she’s overseen Orange County’s response to hurricanes, flooding, snow storms, a water shutdown and the ongoing COVID-19 pandemic, among other things. As Jeffries described in the county’s release, handling such crises while also navigating a male-dominated field through her career helped shape her approach.

“As a woman of color, this definitely made me unique, and even still does today,” wrote Jeffries. “I had to make people see not the color, but rather, I needed them to focus on my actions, my character, my ability to lead and do it well. I feel strongly that I accomplished that. I’ve tried to live by the words ‘Don’t strive to make your presence noticed, just make your absence felt.’”

Jeffries’ peers in emergency service work had high praise for her character and dedication to Orange County.

“Dinah has been a fixture in the Orange County public safety world for as long as I can remember,” said Chapel Hill Chief of Police Chris Blue in Tuesday’s release. “Her calm, warm, and measured leadership style has served our citizens well, particularly as we have faced the COVID 19 pandemic. I can think of no leader better equipped to help guide us though such unprecedented times.”

“I’ve worked alongside Dinah her entire career,” wrote Orange County Sheriff Charles Blackwood, “and I’ve been fortunate to collaborate on many incident commands, training projects and budget sessions with her. She has always exemplified professionalism in her work and required it from those she supervised. She has been a tremendous asset to our county and she has set the bar very high for whomever is to follow.”

Jeffries, however, said much of her experience was shaped by the collaboration of those working with the county’s Emergency Services.

“I am proud of the partnerships I’ve established and maintained through the ups and downs of my career,” she said. “One cannot succeed in this business alone – and one can never take sole credit for any success accomplished; it takes many partners and definitely the support of your team.”