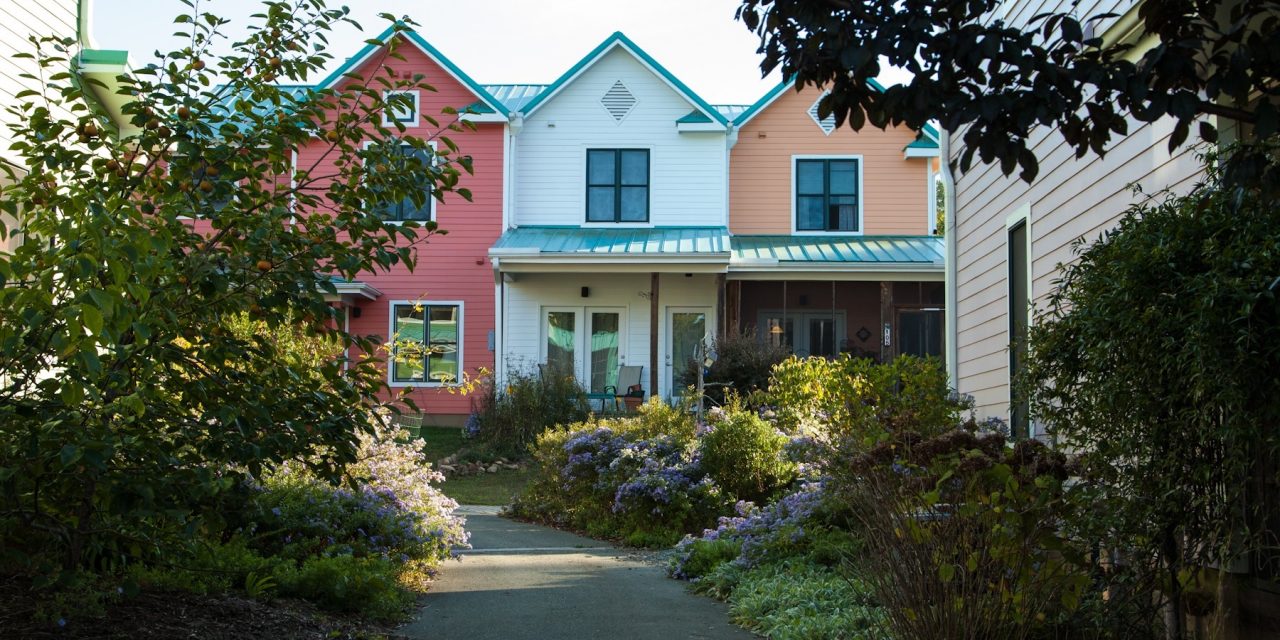 The non-profit Community Home Trust has been one of the biggest contributors to the affordable housing community since its establishment. Recently, the organization made two big announcements: a bold partnership and a new executive director.

When Community Home Trust bought the Landings at Winmore neighborhood in 2017, it expanded the non-profit’s reach to affordable housing for rent. But recently, the infrastructure was beginning to risk falling into disrepair.

Executive Director Robert Dowling says this was a concern to Community Home Trust not because of the 58-unit development’s marketability, but more importantly, it risked creating a negative environment for the tenants.

“Where you live is largely determinant of how healthy your life will be,” he says. “The nicer your housing is, the healthier your life is. The lower income neighborhood you’re in, typically the less health environment you’re living in. This was a nice development, but it was falling into disrepair quickly.”

It’s this mentality that led him to reaching out to Blue Cross Blue Shield North Carolina, who recently announced it will invest $350,000 into renovating the Landings at Winmore. Dowling, who also received funds from the Town of Carrboro and Orange County, said it will be put immediately into fixing interior aspects of every unit. Replacing the carpeting with panel flooring, cleaning HVAC systems and updating lighting fixtures are among the list of improvements coming in the next year.

The commitment comes shortly after Blue Cross Blue Shield partnered with Habitat for Humanity in Hillsborough to build a senior living community. Dowling says it’s exciting a health provider is becoming involved in affordable housing and the projects set an example for investment in North Carolinians’ well-being.

Dowling has been at the helm of Community Home Trust since its beginnings more than 20 years ago. But after deciding to retire at the end of the year, the non-profit will be under new leadership. Community Home Trust announced Monday Kimberly Sanchez, a former attorney who worked in housing cases, will be filling the position.

Sanchez has served as the executive director for the Community Legal Services of Mid-Florida firm in Orlando since 2015. She says the work Community Home Trust has done in Orange County has helped keep affordable housing at the forefront of innovation. She says while land trusts are common in North Carolina, they’re advanced in comparison to her previous community.

“We’re just starting to get used to that in Florida,” Sanchez says. “The legal aid organization I was running at the time was developing paperwork for the Habitat for Humanity in our area to develop these land trusts, which is something Community Home Trust has been doing for a very long time.”

Sanchez says her excitement about the position is largely because of the non-profit’s integration into the affordable housing community, but also Orange County itself.

“There’s so much opportunity in this area, there’s a lot of attention to it nationwide and on the state level,” she says. “There’s some interesting collaborations we’re going to see in the coming years around affordable housing and Community Home Trust is really well-positioned to be a part of the innovations.”

Dowling says he looks forward to Sanchez leading Community Home Trust into its next chapter. When reflecting on the non-profit’s growth under his leadership, he says he’s proud of what it has accomplished so far and its relationship with local governments.

“It was tiny when I took this job in 1997,” says Dowling. “It was three people including me. The inclusionary housing did not exist, nor did the way we sell our homes. It’s much more complex, bigger and impactful than when I arrived. And we could not have done any of it without the support of our local governments.”

Sanchez will take on the executive director position of Community Home Trust on January 6.