NC Teen Lands Spot on Latest Season of ‘The Voice’ 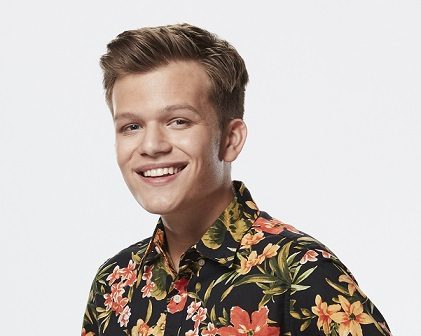 An 18 year old from down the road in Sanford is a contestant on the latest season of NBC’s The Voice. The fourteenth season of The Voice premiered recently,  opening the show with NC native, Britton Buchanan.

“I feel great. The support has been overwhelming and it’s been amazing to see how much life has changed,” said Britton.

Buchanan, a senior at Lee County High School, began playing guitar at age eight and had his performance debut at age 10 as Mowgli in The Jungle Book Kids at Sanford’s Temple Theater.

Since then, Buchanan has spent years performing around the Triangle playing guitar and singing, solo and with his band. Buchanan said his sound is rock with a little bit of soul.

“I like people like Bruce Springsteen, Jackson Browne and Billy Joel, and Tom Petty and Bob Dylan, John Prine. That’s who I like and that’s who I try to model myself after. Obviously, with a little bit of soul music infused in there with like Otis Redding and Marvin Gaye and people like that,” said Buchanan.

Buchanan had a strong opening on The Voice, with three out of four coaches, country singer Blake Shelton, Maroon 5 front man Adam Levine and singer Alicia Keys all interested in coaching him. A new rule on the show blocked Buchanan from picking Levine, before Buchanan selected Keys as his coach.

“I’m happy with where I am and my decision. If I had the opportunity to change it I wouldn’t, but back then, yeah, I may would have- I would have definitely thought about it,” Buchanan said.

While Buchanan was unable to reveal too many details in the upcoming episodes, he said the experience with the other contestants has been amazing and that he keeps in contact with many of them.

“It’s such a humbling experience to be around those people for that period of time, to get to know those people and just make those connections and make those friends and those relationships that will last for a really long time,” said Buchanan.

As for the experience of it all, Buchanan said it still feels surreal and crazy, but in the best way.

“I was in the airport today, I flew out of Raleigh today… before I left Raleigh like the woman that worked at the front flagged me down and was like, ‘Someone just told me Britton Buchanan has checked in, and I wanted to come and talk to you and tell you that I love you and I saw you on TV and you were great,’ and all this other stuff and I was like… this is the coolest thing,” said Buchanan.

As for his supporters cheering him on here in North Carolina, Buchanan said he is so thankful to everyone who has left comments, liked his page and watched and liked his performance on The Voice.