Chaney Not Running for Re-Election in Carrboro 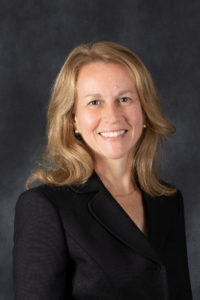 Carrboro Alderwoman Bethany Chaney announced Sunday that she would not be seeking another term during this fall’s municipal election.

Chaney was first elected in a 2014 special election before being elected to a full term in 2015.

Chaney – and the entire Carrboro slate for aldermen and mayor – ran unopposed in 2015.

“It has been a privilege and a joy to serve Carrboro for more than eight years in elected and volunteer capacities,” Chaney said in a release. “I turned 50 this year and have been seriously reflecting on what my next decade should look like. In as much as I love public service, I believe it’s time for me to make room for new personal and professional opportunities.”

Chaney – a Chapel Hill High School and UNC alumna – has served on varying local government boards during her tenure as an alderwoman.

Seats held by Damon Seils and Sammy Slade will be up for election, along with Chaney’s seat. Carrboro mayor will also be on the ballot.

Seils, Slade and Mayor Lydia Lavelle have not formally announced plans for this fall’s election.