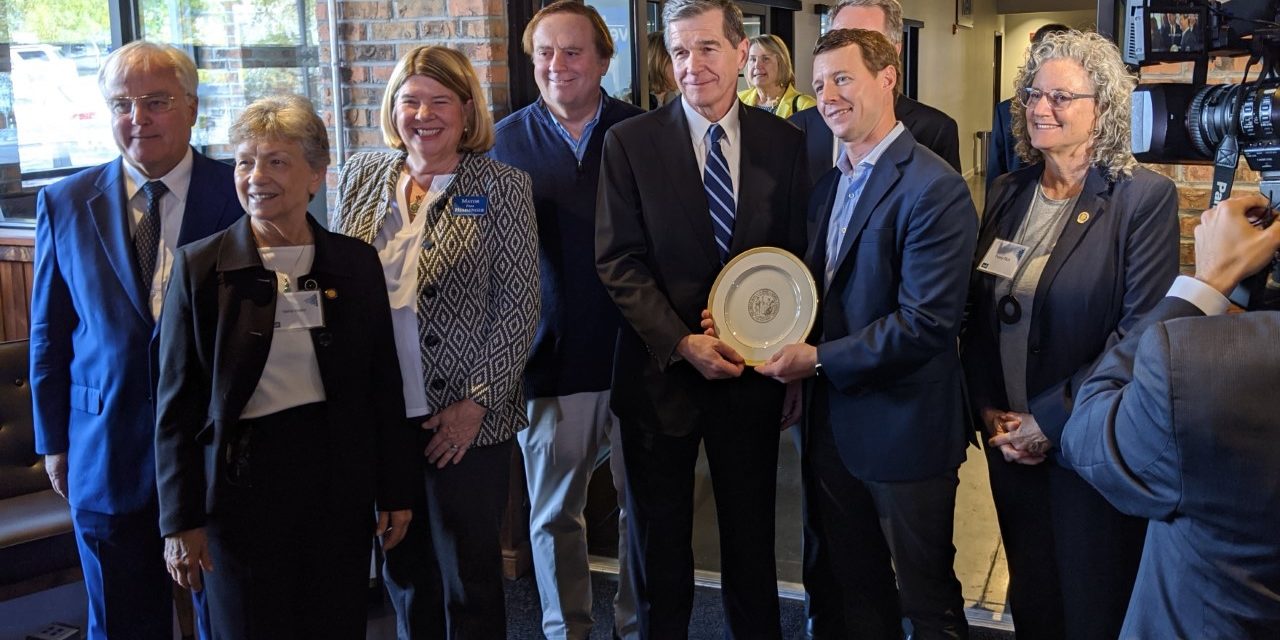 The town of Chapel Hill and Governor Roy Cooper announced an economic development partnership with the health technology company Well on Tuesday afternoon.

The startup company will build its operations center at 419 West Franklin Street, formerly where Carolina Ale House was housed, and will invest $3 million in Orange County, aiming to create at least 400 jobs.

Cooper said this partnership furthers his mission statement for the state in many ways.

“I want a North Carolina where people are better educated, healthier, have more money in the pockets and have opportunities to live lives of purpose and abundance,” he said. “This announcement today helps us get there.”

Well was incorporated in January 2019 and will primarily offer an app for customers to use. Their platform will help users create a personalized way to track health goals and navigate health care, with expert guides available live and over chats to answer questions.

President and co-founder David Werry shared the company’s goals of improving health through an innovative method.

“We have a vision that everyone in this country deserves access to a trusted health guide, to get to where they’re trying to go with their own health and goals,” said Werry. “We are very focused on making that a reality for millions of people and we couldn’t do that without the talent in this area, especially on the healthcare and technology side.”

North Carolina’s incentives for the company total nearly $3.4 million over 12 years if Well hits certain job benchmarks. According to a press release from the Governor’s office, Well is estimated to grow the state’s economy by $609 million over the length of those incentives.

Cooper said he believes the health technology company chose North Carolina because of its talented workforce and proximity to the university.

“They could’ve gone anywhere they wanted to with this great idea and health platform,” said Cooper. “I think Well is choosing to expand here because they know what [the town and county] have to offer. Talented people come to the Old Well for knowledge and now the new Well is coming to hire that talent.”

UNC’s interim chancellor Kevin Guskiewicz agreed with Cooper, pointing to the nine Morehead-Cain scholars working in the startup company. He also promoted the integral relationship between the town and university, saying whatever is good for Chapel Hill is also good for UNC.

“Through innovation and entrepreneurship,” Guskiewicz said, “we’re bringing high value employment to Chapel Hill. We need more of this kind of growth and we think Well will be an inspiration to others to join the downtown area and the university.”

Chair of the Board of Orange County Commissioners Penny Rich also highlighted the importance of retaining talent from the university, saying Well’s selection of the county helps set an example of a workforce pipeline.

“One of our biggest challenges in Orange County is we grow these wonderful kids at UNC,” she said, “but they don’t stay in the county. The folks at Well moved away and tested the waters elsewhere, but they came back and we really appreciate that.”

The Town of Chapel Hill has offered an incentives package of $900,000 to Well based on job creation and parking credits. Orange County will hold public hearing to discuss and approve its own incentives for the company later, including the use of county-owned property on West Franklin Street.