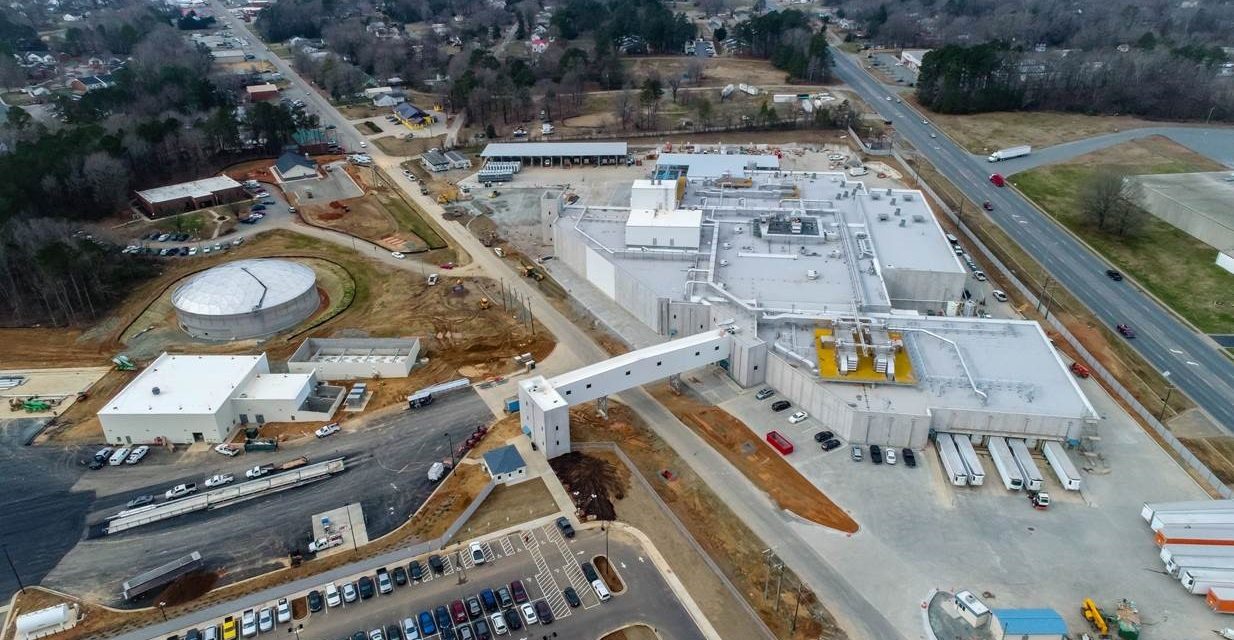 The ribbon cutting comes nearly three years after Mountaire announced that it had acquired the former Townsend chicken processing plant, which closed in 2011 after having been a large employer in the area. Chatham County Commissioners then approved an incentive package for Mountaire Farms in November 2016.

“We are so happy to be open for business in Siler City,” Mountaire Farms president Phillip Plylar said in a release. “This is an exciting time for our company as we continue to grow. We are incredibly thankful for our loyal customers and hardworking team members that have enabled this growth. We are especially grateful to all of the officials in Chatham County and Siler City who helped make this project possible, and we look forward to a long and prosperous working relationship.”

Mountaire is the nation’s sixth-largest chicken process, according to a release, and has one other processing facility in North Carolina in addition to two others in other states. The company settled a dispute with residents in a neighboring mobile home park last year after the processing plant purchased the property and some of the residents were forced to leave.

The 40-acre complex will have up to 1,250 employees when fully staffed, according to the company.

Officials said the new complex “will have the capacity to harvest 1.4 million chickens each week, all grown locally by more than 100 family farmers.”

Part of the ribbon cutting also included opening a new Health and Wellness Center at the complex.

“All Mountaire employees who participate in the company’s health insurance plans are also eligible to get free health care at the company’s on-site Health & Wellness Center, operated by Premise Health. A primary care doctor is on staff and along with other health care professionals, provide a range of services all free of charge to employees and their families. Services include primary care visits, medical testing, some prescription drugs, and more.”