PlayMakers Has “Trouble In Mind” 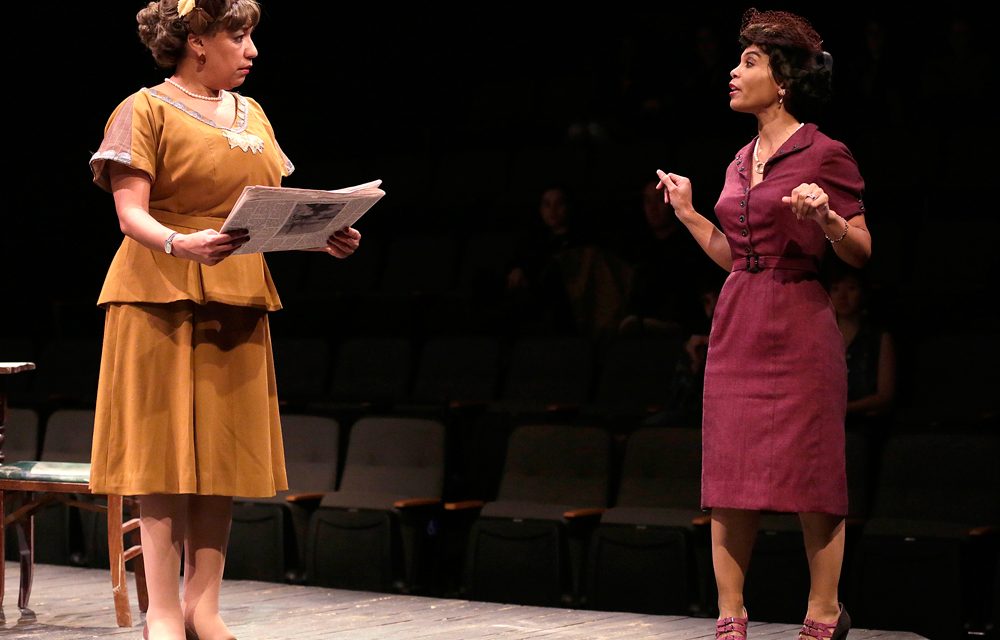 It’s been described as “one of the best plays about racism ever written” – and it’s coming to Chapel Hill beginning this weekend.

The play is “Trouble in Mind,” and it opens on Saturday, January 24, at PlayMakers Repertory Company.

Written in 1955 by Alice Childress, “Trouble” is a comic drama set behind the scenes of a racially integrated Broadway play – in which the lead actress, an African-American, must make a choice between giving up her values or giving up the role of a lifetime.

Childress herself faced a similar choice: “Trouble in Mind” was set to become the first play written by an African-American woman to be staged on Broadway, but Childress refused to rewrite the ending as her producers demanded. (It did run Off-Broadway in 1955.) In addition to writing “Trouble,” Childress was also a Tony-nominated actress, a member of Harlem’s American Negro Theater, and one of the first African-American women to direct a show Off-Broadway.

Kathryn Hunter-Williams plays Wiletta Mayer, the lead actress. (She also played Cassandra in PlayMakers’ production of “Vanya and Sonia and Masha and Spike” earlier this season, among many other PlayMakers credits.) Tony-winning Broadway actor Roger Robinson appears as Sheldon Forrester.

Previews of “Trouble in Mind” began Wednesday. Opening night is Saturday, January 24, with curtain at 7:30. The play runs through February 8, with shows at 7:30 Tuesdays through Saturdays and at 2:00 Sundays. For more information and to purchase tickets, call (919) 962-PLAY or visit PlayMakersRep.org.