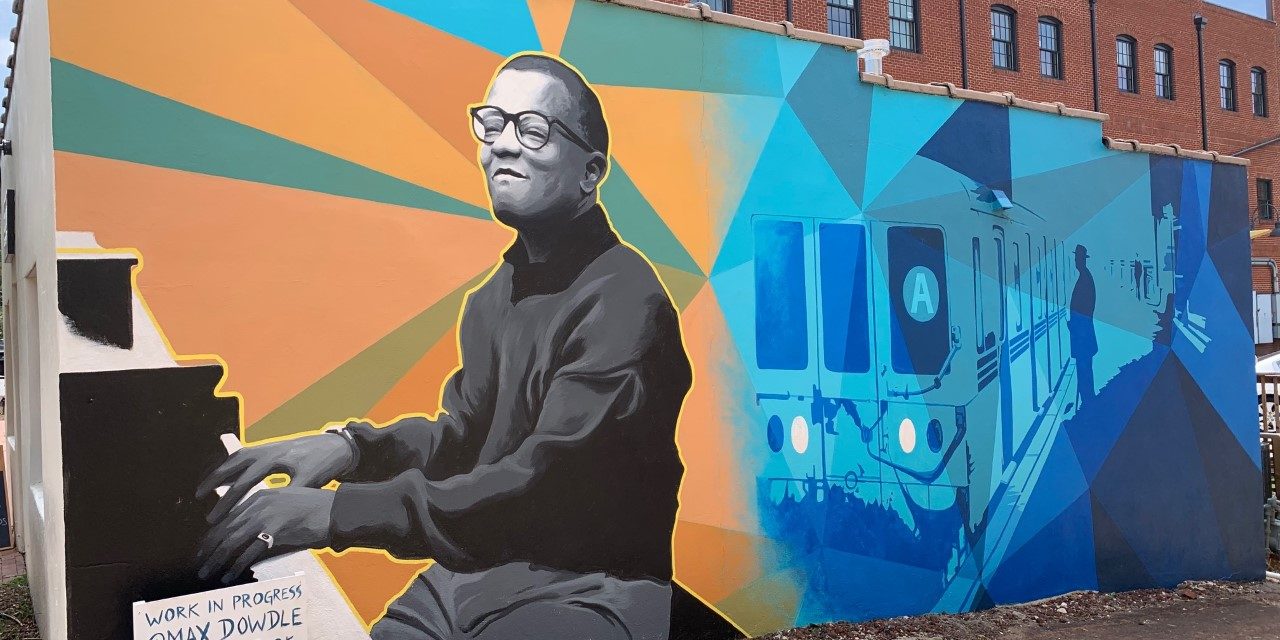 A mural honoring jazz great Billy Strayhorn has been completed in downtown Hillsborough at 226 S. Churton St., where Volume Records and Beer is located.

Max Dowdle, the artist behind the mural, worked with Volume Records co-owner Tony Lopez on the design for the mural, which they named “Take the A Train”, one of Strayhorn’s most well-known compositions.

Hillsborough Mayor Tom Stevens hopes to see more public art such as this in the future.

“Hillsborough has become very much an arts community as well as a place where we preserve our history,” says the Mayor.

“What the Historic District Commission does is review ay changes to the exterior of buildings, nothing about the interior, so this falls right under what they do.”

Billy Strayhorn, a renown composer and pianist, burst onto the jazz scene in the late 1930s when he joined Duke Ellington’s band. Although he was born in Ohio and lived in New York City for most of his adult life, he spent much of his childhood visiting his grandparents in Hillsborough.

“Billy Strayhorn came to Hillsborough, this is one of the places where he learned music, so this feels like a local part of our community, and now we have this great art mural,” says Stevens. “It’s quite lovely; that’s the first kind of thing we’ve had like that downtown.”

A historical marker located near where Strayhorn’s grandparents house was located also pays homage to the jazz legend.