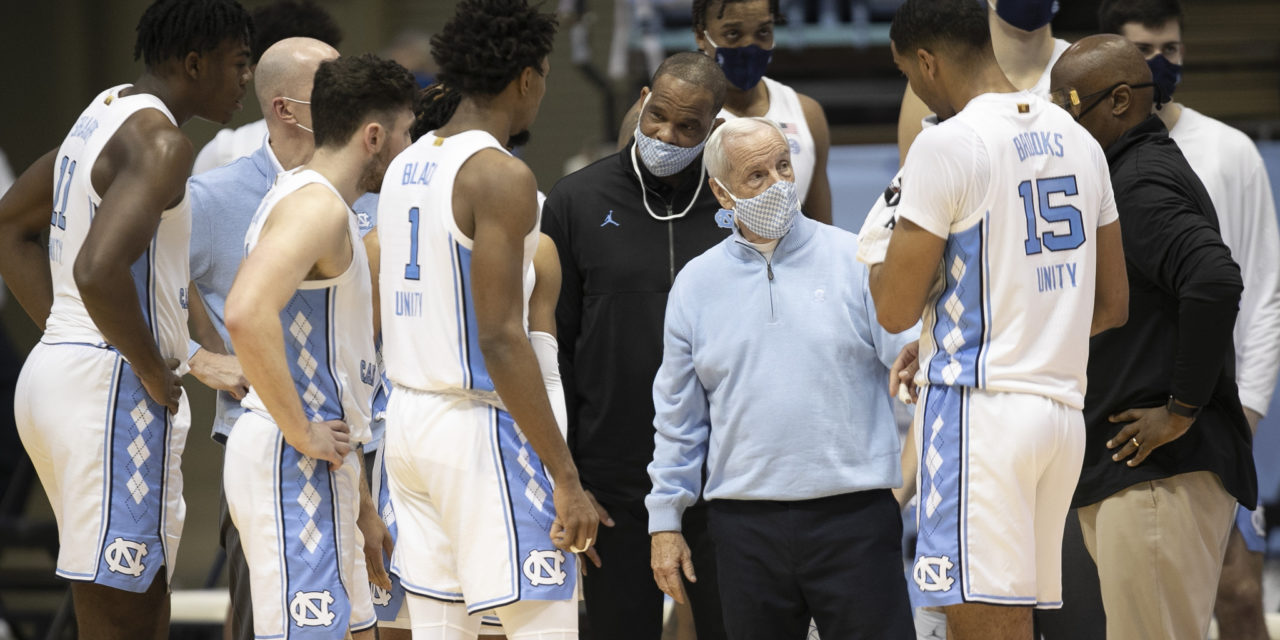 In a game of runs, Carolina had the last one and won again.

The 81-75 victory over Syracuse last night was, all things considered, the Tar Heels’ best all-around game of the season. Not that it was perfect or even close, but they did more good things in more areas than any other 40-minutes in bumping their record to 8-4, 3-2 in the ACC.

It was also UNC’s most entertaining game thus far, with the teams trading wild runs from almost start to finish. During those wide swings in the score, they constantly swapped identities, getting red hot and going stone cold, red hot, stone cold.

After 10 lead changes and four ties early in the game, the Tar Heels used a 10-4 run to build a 10-point lead with four minutes left in the first half, when Carolina looked like it was going to win in a rout.

Garrison Brooks led nine scorers with 14 points and was being a facilitator as much as a scorer by camping at the mid-post of the traditional Orange 2-3 zone. Then Syracuse got hot behind Buddy Boeheim, the coach’s kid, and sparked a 14-4 spurt that left the game tied at the half at 40.

The Heels scored the first nine points of the second half and, shazam, the ‘Cuse came back with 13 straight and a 16-4 run that gave them a 56-51 lead. But it wasn’t Buddy boy, who scored 18 points in the first half but never scored again.

The Orange took advantage of nine straight missed shots by the blue, including seven offensive rebounds on one possession, which helped the Heels finish with a 48-31 advantage on the boards, 24-10 on their own glass.

Flip the switch. RJ Davis and Day’Ron Sharpe triggered a 13-0 sprint as Carolina jumped back out in front, 64-56, as Kerwin Walton’s clutch 3-ball kept the spread at seven; at that point, this game was really fun.

The ‘Cuse rallied to lead by one, thanks to some bad outside shots by the Tar Heels, before their final run of 14-7, while hitting eight straight free throws, sealed it. They got 29 points off the bench and double-doubles from Brooks and Armando Bacot, who combined for 31 points and 22 rebounds.

This was the team game the team needed.