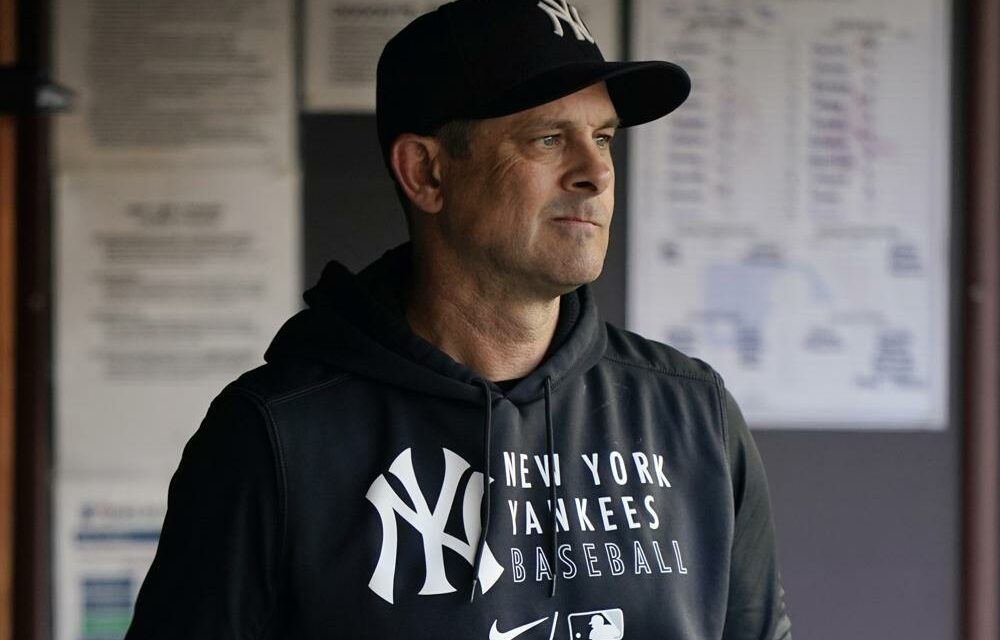 Ladies and Gentlemen, the Bronx is Burning hot.

About a week after Roy Williams retired, when he needled me about how the Red Sox were struggling early in the season, I texted him to check the American League East standings. “I am afraid to,” he texted back, knowing that the Yankees were last in the division and, worse, the Bosox were in first place.

Well, it hasn’t gotten much better for Ol’ Roy or his Bronx Bombers, who were swept in Yankee Stadium by the Red Sox over the weekend and are still in fourth place in the five-team division. And the boo-birds are coming out in the Bronx and Yankees Nation.

Michael Kay, who is as big a homer as any play-by-play radio guys for Major League teams unloaded on his employer this week by blaming everyone from General Manager Brian Cashman to field manager Aaron Boone to D.J. LaMahieu, who was a fan favorite the last two years and can’t hit his way out of a season-long slump so far.

And Kay’s big beef is as obvious as the name Babe Ruth to baseball fans everywhere. There have been three rebuilt or built Yankee Stadiums since the Bambino swatted 60 home runs in 1927, and all three versions have had a short porch in right field.

That has made following the Ruth tradition of having great left-handed hitters in the lineup who can mash balls over the barely 300-foot fence in straight away right. Lou Gehrig, Mickey Mantle, Yogi Berra, Reggie Jackson, Don Mattingly, Bobby Murcer, the list goes on.

So, Kay and other loud critics want to know why the Yankees have eight right-handed batters in their lineup and the only lefty is 37-year-old, over-the-hill Brett Gardner who is hitting under .200. Sure, they are waiting for lefty first-baseman Luke Voit to return from an injury, but his no baby Bambino.

So it’s not just a bad start for the Yankees, it is a systemic problem that won’t go away without making some major moves before the trade deadline, and not waiting for another off-season.

Cashman has pulled off some remarkable trades in his 23 years as the Yankees GM, and he has to go to work to fix the 26th batting average in baseball at .228 and can be shut down by most right-handed pitchers. That keeps die-hard followers like Roy off the Internet.