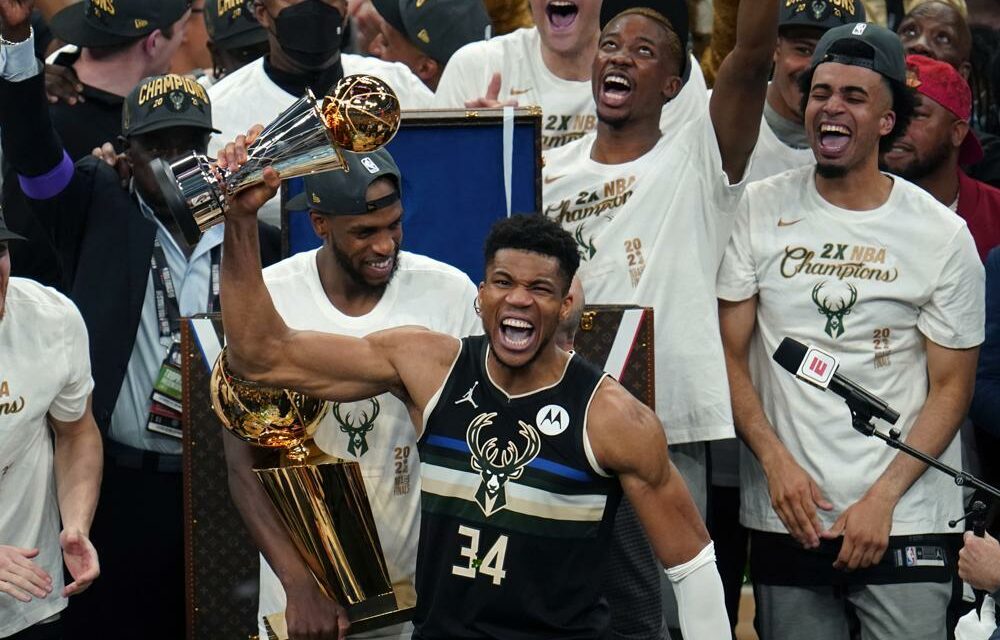 Their almost-miraculous NBA championship signaled long, medium and short passages all sorely needed in their own right on an unforgettable night where the largest outdoor crowd ever celebrated the team’s first world championship since Kareem Abdul-Jabbar and Oscar Roberston led the Bucks to the 1971 title, 50 years ago.

Trailing in every series of the playoffs, and reaching the NBA Finals with their MVP superstar missing two games, the Bucks completed a rebuilding process led by Giannis Antetokounmpo, who became only the seventh player to score 50 points in championship-round game.

Antetokounmpo and Khris Middleton both entered the league eight years ago as virtual unknowns, Giannis coming over from Greece and Middleton as a second-round draft pick from Texas A&M who played in the G League before finding a place with the Bucks. The Greek Freak had his legendary performance with 65,000 outside in the Deer District watching on big TV screens and partying the night away.

And in the short run, the dramatic series ended the pandemic’s two-year hold on professional and college sports, with raucous capacity crowds inside and out and national television audiences who fell in love with two teams that have been out of the championship picture for years. The Phoenix Suns won the first two games of the Finals but lost a critical game five at home, birthing the chant “Bucks in 6, Bucks in 6!” as the favorites suffered four straight stunning losses.

The 6-11 Giannis’ 50 points, 14 rebounds and 5 blocked shots were underscored by his amazing turnaround at the foul line. Shooting 55 percent from the stripe throughout the playoffs, and ridiculed on the road for taking more than the allotted ten seconds to shoot a free throw, he made 17 of 19 and his team 25 of 29, which was a big difference in holding off the Suns.

So with sports getting back to where we were before COVID hit, Major League Baseball is again playing before big crowds and we can anticipate close to full houses for college football and hoops. The NBA, which opened the season with relatively few fans, will begin anew with a big boost from as memorable a Finals as we could have hoped for.