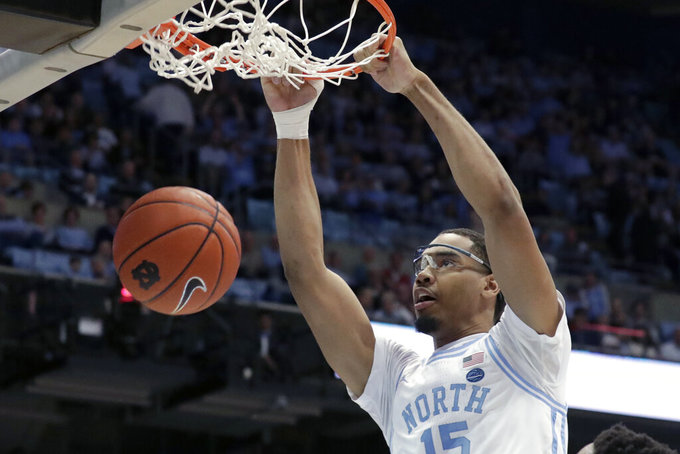 College basketball, if nothing else, has flattened the curve.

If you have a few minutes this week, call up the ESPN preseason college basketball poll and see if you have some of the same reactions that I did to what they are calling the way-too-early Top 25.

Scroll through the 25 programs listed with projected starters at the bottom of each and, except for the four ACC teams listed, see how many players’ names you recognize of the 100 or so listed. Unless you are a college hoops maven, bet you can count them on two hands or maybe one.

All great hoopers for sure, but there is clearly no recognizable best player or best players in the country, like a Zion or a Hansbrough, who came out of high school a star or earned it on the college court.

Which league has the most teams in the top 25? The ACC with four or the SEC with four? Nope, it is the two BIGS, the Big 10 and the Big 12 with five each. Baylor from the Big 12 is ESPN’s early pick for No. 1, with Villanova – the only selection from the little Big East – at No. 2, Gonzaga from the WCC at No. 3, Virginia at No. 4 and the SEC’s Kentucky is No. 5. That’s a top-five from five different leagues. That’s flat.

Duke is No. 10, which sounds right with a potentially good lineup but without Trey Jones, Vernon Carey and Cassius Stanley, plus four other losses, have three freshmen and two sophomores listed as starters for a top 10 team. The Blue Devils have some work to do.

The Tar Heels landed at No. 15, but don’t believe the first line of the write-up that says “Throw out last season.” Clearly, ESPN hasn’t thrown out the 14-19 dud that ended with the last game of the aborted ACC tournament getting blown out by Syracuse.

Or the website didn’t look close enough at Roy Williams’ latest recruiting class, which has only point guard Caleb Love listed as a projected starter with Anthony Harris and Leaky Black on the wings and Garrison Brooks and Armando Bacot at the post positions.

Only tertiary mention of 7-foot 5-stars Day’Ron Sharpe and Walker Kessler, who I will be surprised if they don’t end up starting or playing meaningful minutes. If they do, No. 15 is way too low.