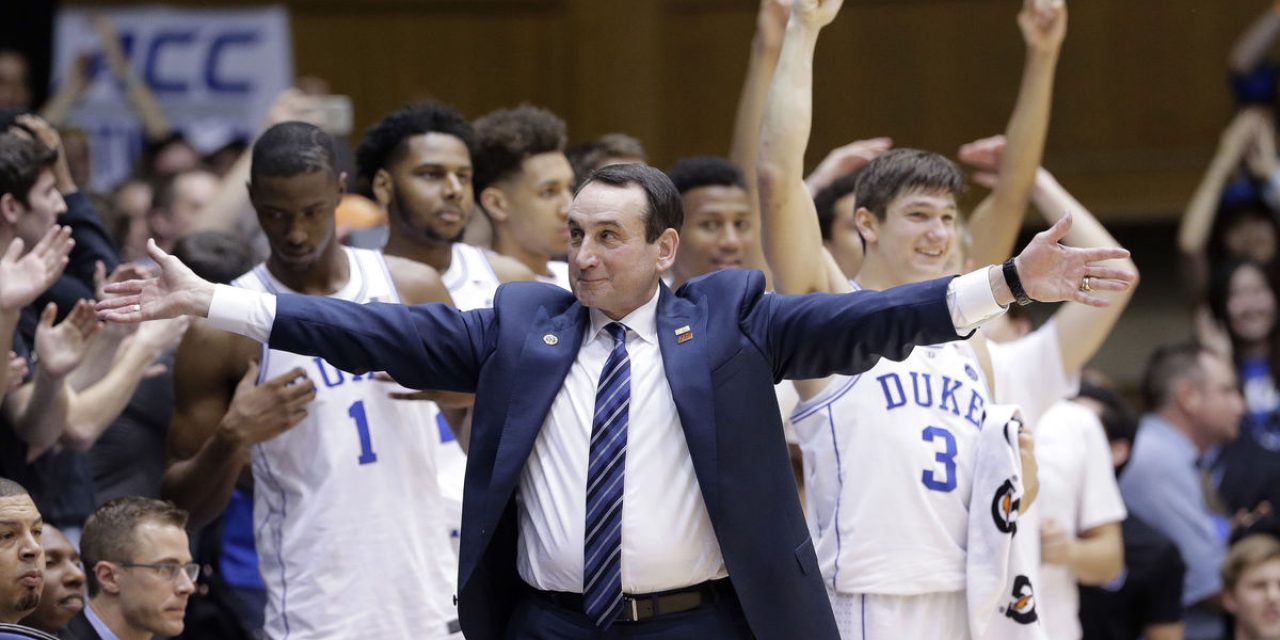 The old KO’d the older on a true senior night in Durham.

The Syracuse-Duke game in Cameron Monday marked a clash between the two oldest coaches in the history of college basketball.

Jim Boeheim and Mike Krzyzewski are 150 years old, the Orange leader at 76 and Coach K at 74. This distinction may have occurred in recent games between the long-time rivals and good friends, but their first meeting this season sets another new age record. If 70-year-old Roy Williams coaches through the end of his current contract in 2028, he will be two months short of 78.

Duke’s four-in-a-row surge furthers the Blue Devils’ climb up the NCAA bubble and leaves blown-out Syracuse in the role of spoiler next Monday night against Carolina, the only team left on its schedule with a chance to make the NCAA tourney.

Whether Jalen Johnson’s departure has helped Duke get it together will ever be known for sure, but the Blue Devils are shooting the lights out (10 3-pointers in the first half against the Orange), running the court like the old days and tightening up a once-deficient defense.

The teams they are still to play should be rightfully worried about catching Duke at the wrong time. Coach K’s 31st edition is plenty young with blossoming underclassmen but a senior who for some reason still comes off the bench is their motor on both ends.

While previewing his team’s first game with Duke on February 6, Williams signaled out senior guard Jordan Goldwire as the Blue Devils most efficient player with an ACC-leading 72-26 assist-turnover ratio. Carolina’s Caleb Love has quietly improved his ratio to 75-68 to get into the top 15 in the conference.

Goldwire also hit two of Duke’s 13 long balls in the 85-71 rout of the ‘Cuse. He snaps passes around in the Blue Devils’ much-better ball movement on offense and triggers an improved man defense.

Duke literally has guys coming out of the woodwork, dominating the Orange with new-found depth and size from the outset. Matthew Hurt has ACC Most-Improved Player wrapped up if he doesn’t catch Pitt’s Justin Champagnie for Player of the Year.

Due to such a slow start, this season may not end with Duke’s same old, same old spot in the NCAA tournament, but the Blue Devils are beginning to look like a younger version of their old selves.