Did The Revolutionary War Start In Orange County? 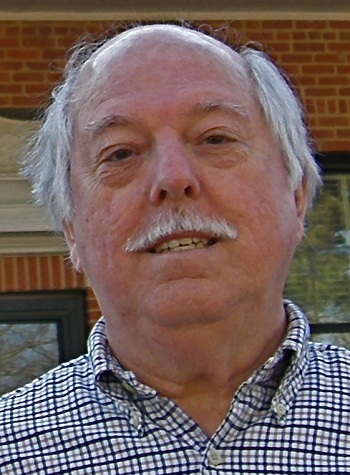 I am a Southern boy, and proud of it. My unscientific survey tells me that Southerners know more about their area’s history than folks from other areas of our country. This is why I am mad at the folks that write history textbooks. Apparently all US history books are written by Yankees, because most of those books don’t even acknowledge that there was a Southern Campaign in the Revolutionary War. Where did the war end? At Yorktown, with the defeat of Lord Cornwallis, who had just escaped from his North Carolina campaign.

I contend that the fight for independence from England began in North Carolina. Now, don’t get me wrong: I don’t want to offend anyone from Lexington or Concord. As a matter of fact, North Carolinians even named two towns in our state as Lexington and Concord.

I just happen to believe that the Alamance battle that ended the War of the Regulation in 1771 was the first battle for American independence, not the one at Concord in 1775. At that time, the Alamance battle location was in Orange County. The Regulators were backcountry folks, primarily Quakers, who disliked the corrupt government officials who were bilking them of their property and purse. Most of these local officials were at the seat of power in the eastern part of the state and had no idea of the circumstances in the area they governed. They actually feared the Regulator movement, because it was occurring on what was the western fringe of the state at that time.

The population of the western region was growing rapidly because most of the land in eastern North Carolina was already spoken for. The British officials felt they didn’t have enough control because of the distance. They were afraid that these western folks would soon outnumber the eastern folks. They were concerned by the challenge to their power and control, and they were afraid that the center of power in the state might even move to Hillsboro (now Hillsborough). The sheriffs and tax collectors were in control in the counties and had no mercy when it came to taking whatever they wanted, without much regard for legal rules or regulations.

The Regulators wanted to be treated fairly and according to law and legal rule. They didn’t get that. What they did get was more oppression from corrupt officials like David Fanning. Fanning was a friend of Governor Tryon and a leader in Orange County politics. This is the same Fanning that led a group of British loyalists in the attack at the House in the Horseshoe in 1781.

Under the leadership of James Hunter, Rednap Howell, William Butler, and Herman Husband, the Regulation movement got very active in 1768. The Regulators became more militant. Finally, Governor Tryon felt he needed to bring these rebellious folks back under control. In March of 1771, the Governor’s council advised him to take action. Tryon sent out a call for militia, and he and his militia arrived in Hillsboro in early May, 1771 with a corps of about 1500 militia (mostly citizens from eastern NC). British General Waddell and his militia in Salisbury had been dispatched to meet Tryon in Orange County to confront the Regulators. Waddell and his small force encountered a large contingent of Regulators, and chose to return to Salisbury rather than fight.

Tryon and his men set out to rescue Waddell and encountered a camp of about 2,000 Regulators close to Alamance Creek. Tryon gave the order for them to stand down and disperse. The Regulators refused to leave and were then fired upon by the militia. They returned fire.

By the end of the battle, nine members of the Governor’s militia were killed and many were wounded. The Regulators suffered worse losses, and 15 were taken prisoner as they attempted to flee. These prisoners were taken to Hillsboro, where seven were hanged for treason. A commemoratory plaque has been placed at the site of the hanging. The rest of the Regulators were offered pardons in exchange for pledging an oath of allegiance to the King.

The rebellion lost most of its leaders, who fled the area and went further west. Even with this loss, the die was cast for a larger revolution against the absentee British rule in the colonies. And it started in Orange County. 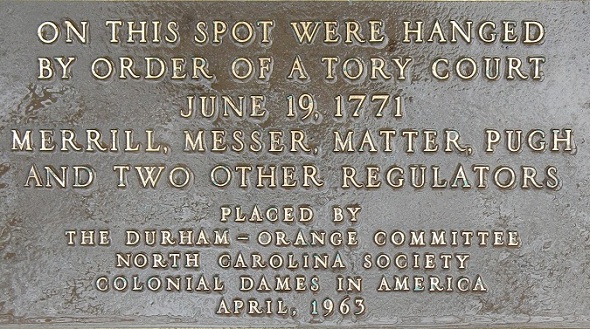 Then there is the Edenton Tea Party; in October 1774 in eastern North Carolina, a group of courageous southern women, who had no political power, got together to protest British politics by organizing a boycott of tea and other British products to protest English rule in the colonies. Compare this to a bunch of white guys who disguised themselves as Indians and tossed British tea into Boston harbor. The ladies were the braver ones, but they aren’t listed in textbooks.

Even if the Revolutionary War didn’t “officially” start in Orange County, we have a really good story to tell. Southern history just don’t get no respect!