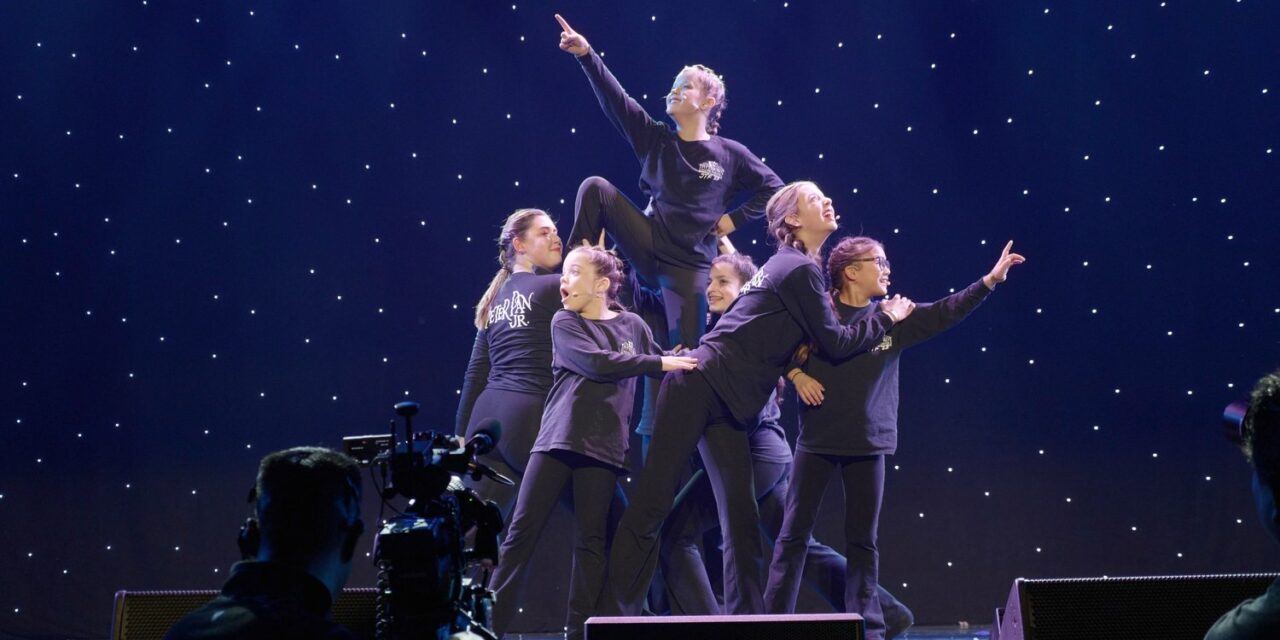 Nearly 7,000 young theater lovers and their chaperones attended ‘23 Atlanta JTF, where they all were in one huge room for a number of events.

At the festival, each group performed 15 minutes of a Broadway Junior musical for adjudicators.

Pittsboro Youth Theater’s Elite Ensemble’s Jan. 13 performance of “Peter Pan Jr.” astounded the judges and audience of the room full of other casts from all over. The entire 15-minute performance earned the cast an “Outstanding Performance” trophy at the festival and earned them the honor of performing on the big main stage at Cobb Convention Center, a Broadway-quality main stage.

PYT is run by Craig Witter and his partner Tammy Matthews. Witter said the children involved in the festival would remember this occasion.

“Performing on the main stage at Junior Theater Festival Atlanta is surely something every kid in the cast will remember for the rest of their lives,” he said. “The directorial staff did an excellent job preparing out cast. Josie Patterson, our choreography director, did a fantastic job. The selfless involvement of Josie, her kids, Kai and Eva and their dad, Scott Halford, was invaluable to our JTF cast’s success.”

After their judging performance but before results were known, Matthews told her cast that she had “never been so proud of a group of kids in my entire life.”

“Pittsboro Youth Theatre created clear pictures which transported us into the world of Neverland,” Watson said. “They all trusted and supported each other so beautifully which is a testament to the strong leadership guiding this group.”

“This company of performers showed what it means to be a true ensemble,” Avery said. “Wow! They had us at the top with an incredibly choreographed Peter Pan flying across the stage. Bravo!”

“We saw incredible dance and character work in this musical telling of the classic tale,” Meehan said. “It’s clear this program is all about building trust and working together as a team.”

PYT earned Outstanding Production along with only six other teams in a competition of 125 musical theater troupes representing 28 states and four countries.

“Disney, Music Theater International execs and theater loving folks from around the world will go home knowing Pittsboro has great youth theater,” Matthews said. “All the executives loved the choreography in our presentation — it was amazing — I don’t want any credit. I want to thank Josie, Parker Harris for preparing our kids to sing better than they ever have, Scott Halford, Joanna Szeto and all the parents who worked so hard, but I give all credit in the world should go our wonderful kids.”