No. 18 UNC Football Looks to Live Up to the Hype in Opener Against Syracuse 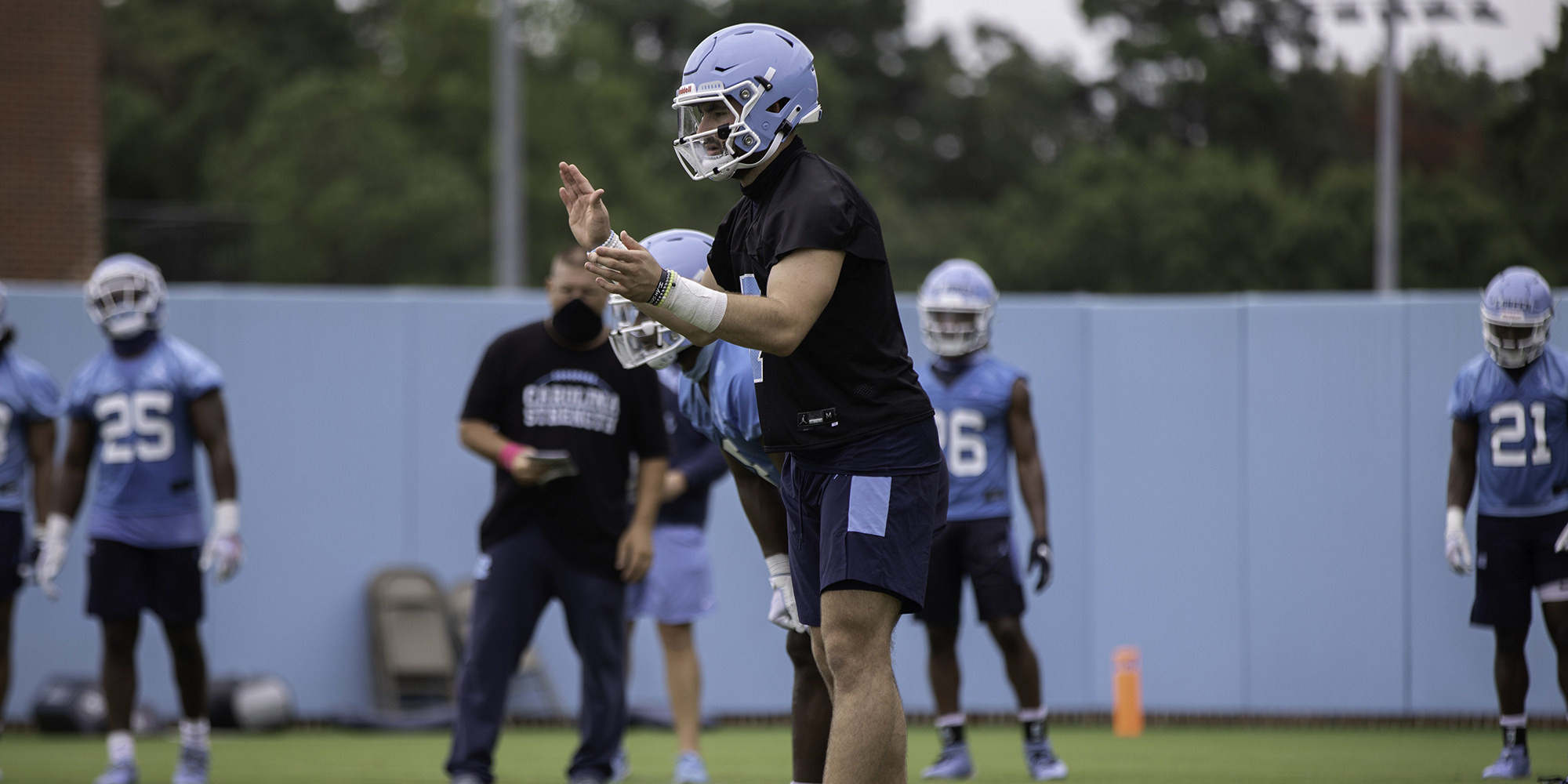 After an offseason filled with uncertainty and increased expectations, the time is finally here for the 18th-ranked UNC football team to take the field at Kenan Stadium on Saturday for its season opener against Syracuse.

Throughout the spring and most of the summer, the focus was on finding ways to train and practice in a manner that keeps everyone safe from COVID-19.

Once the ACC announced it was moving to a 10-game conference schedule, and then later confirmed it would go ahead with a season this fall, the Tar Heels were finally able to shift some of that focus toward football.

All 15 teams in the league will be tested for the virus three times each week in the lead-up to game days, while numerous safety protocols remain in place as well—which means no fans in the stadium and players more spaced out on the sidelines.

For head coach Mack Brown and the Tar Heels, this weekend will present them with the opportunity to live up to all the expectations that have been set for them since ending last season with the program’s first bowl victory since 2013.

“We’ve had a lot of hype since the bowl game,” Brown told reporters during his Monday press conference. “A lot of people have been talking about how much better we’re going to be, and how good we’re going to be. And we’ll see now is that hype is for real? Are we going to be that much improved or was it the momentum of last year and we’ve lost that momentum now? So, it’s time to play someone else and figure out who we are.”

The team UNC will host on Saturday is a Syracuse squad picked to finish 14th in the ACC this season, which has the Tar Heels—who were picked to finish third—as heavy favorites heading into the game.

That doesn’t mean UNC has been taking the game for granted in preparations, however, especially because the Orange were just added to the schedule last month.

Syracuse quarterback Tommy DeVito was singled out by Brown this week as somebody the Tar Heels will have to keep in check. When UNC and Syracuse last met in 2018, it was DeVito who stepped into the game as a freshman and led the Orange to a 40-37 victory in double overtime.

“He can move his feet so he can make plays with his feet,” Brown said. “Their offense is very similar to ours. He can run the option. He can run the RPOs, where you’ll see him come out like he’s going to run the ball and stop and throw it when the defense comes up.

Without the benefit of the offseason to game plan for Syracuse, this also means the Tar Heels have had less time to get ready for what the Orange will bring on defense under new coordinator Tony Martin—who was previously at Arizona State under former NFL head coach Herman Edwards.

UNC junior offensive tackle Jordan Tucker said Tuesday the staff has done a great job of showing film from Martin’s defenses with the Sun Devils to help them prepare in the limited time frame.

When it comes down to it, the amount of preparation has been equal for both sides and the only way to find out who has been more successful is to play it out on the field.

Most of the pressure is on the Tar Heels, though, as they look to show that their preseason rankings and accolades were well-deserved instead of just a massive smoke screen.

“I’ve talked to the players about preseason rankings are just hype,” Brown said. “They’re about last year. They’re not about what you’ve accomplished this year. So, we need to step up and play well and get this season started on a positive note.”