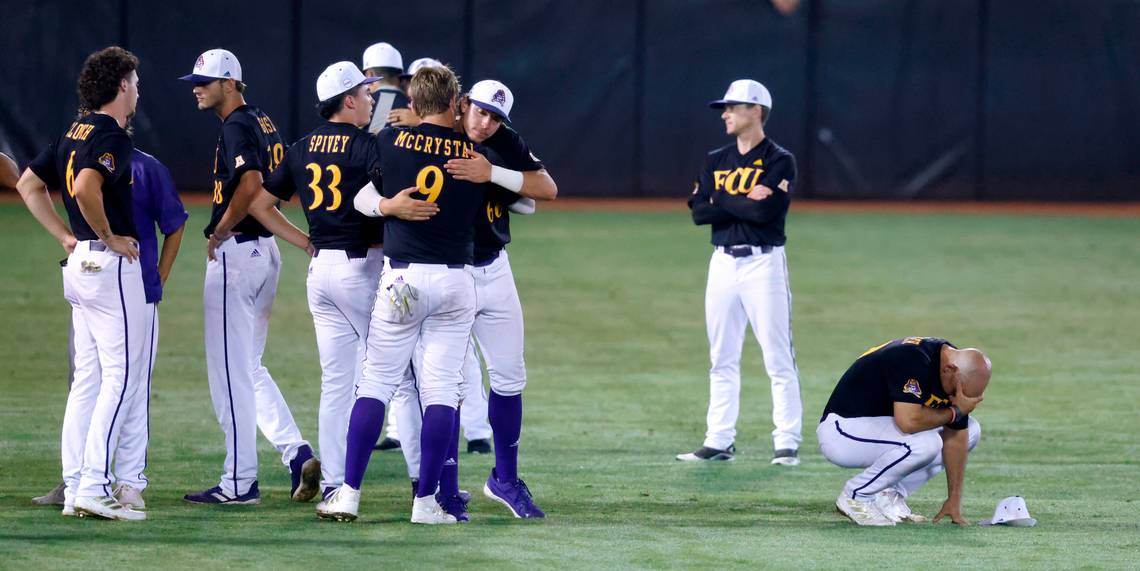 While North Carolina’s sweep at the hands of Arkansas at the NCAA Baseball Super Regional in Chapel Hill sent a lot of Tar Heels home disappointed Sunday night, there may have been an even greater sense of devastation about 100 miles away in Greenville, N.C.

The East Carolina baseball program has, for decades, been on a mission to make the College World Series. Unlike UNC, which has made 11 previous trips to Omaha, the Pirates have never been among the eight teams in college baseball’s ultimate showcase.

Like the Tar Heels, ECU has become a regular participant in the NCAA Tournament. Unlike Carolina, which first advanced to the College World Series in 1960, the Pirates have become a nationally relevant program only within the past 25 years.

Under beloved coach Keith LeClair, a charismatic figure whose name is now part of the program’s home field at Clark-LeClair Stadium, the Pirates won an NCAA Tournament regional in 2001. It was the their 17th all-time trip to the NCAA Tournament, but it was their first regional victory.

Under the NCAA rules in place at the time, ECU hosted a Super Regional in Kinston, N.C. When the Pirates once again fell short of the College World Series, LeClair vowed publicly that they would get there some day. LeClair tragically died of ALS just five years later, in 2006, at the age of 40.

Twenty-one years after their first Super Regional, the Pirates remain baseball’s version of Sisyphus, the figure from Greek mythology who relentlessly pushes the boulder toward the top of the mountain, only for it to roll down to the bottom each time. ECU now holds the record for most NCAA Tournament appearances (32) without a single trip to the College World Series.

For months, even after a very slow start, it looked as if this might be ECU’s year. The Pirates were only 14-13 on April 1, but they later put together a program-record 20-game winning streak that helped them win both the regular-season and tournament championships in the American Athletic Conference and earn the No. 8 seed in the NCAA Tournament.

When ECU beat Texas 13-7 in Game 1 of the Super Regional in Greenville on Friday, the Pirates were only one win away from their field of dreams, and the record-setting crowds at Clark-LeClair Stadium clearly believed that history was going to be made. But after suffering a heartbreaking 9-8 defeat on Saturday, ECU was crushed 11-1 by the Longhorns on Sunday, in a lightning-delayed game that didn’t end until after midnight.