Chansky’s Notebook: The Untold Story From The 1936 Olympics 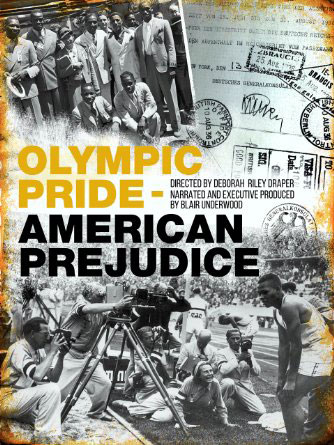 Premiering in Chapel Hill this weekend is Olympic Pride, American Prejudice, a documentary about the 17 black athletes – besides Jesse Owens – who went to Berlin for the 1936 Olympic Games amidst protests at home for a boycott and a German facade belying its Aryan superiority and anti-Semitism known worldwide.

The movie had a sneak preview Monday night but will play at Silverspot five more times this weekend. If you want to be moved to tears, pride, anger and heartache, you will go see the 90-minute doc produced by a team of filmmakers led by Atlanta writer and director Deborah Riley Draper. By the credits, your heart will be pounding.

The film includes Jesse Owens, of course, but tells more the story of the other 15 men and two women from their Olympic trials through their voyage across the ocean to their bittersweet experience during the Third Reich’s ill-fated attempt to show white supremacy in athletics as well as breed. Right through the track and field events and boxing competition, pride and prejudice prevailed as African Americans won more than half of the medals earned by the 400-member USA team.

The interviews of the Olympic offspring help tell the story along with German elders who were actually in the great stadium as children, watching the phenomena of American black athletes who forced Adolph Hitler to leave his box in embarrassment. The actual Olympic footage, which Draper said she secured with surprising ease from German archives, is unforgettable as the backdrop to personal interviews that tell the story under the narration of actor Blair Underwood.

The documentary has completed an Oscar qualifying run in New York and LA, and when you watch it, mesmerized by its scope, depth and context, you will wonder how it CAN NOT win an Academy Award. Silverspot will have ten showings this weekend – four times Friday and Saturday and twice Sunday. It will stir every emotion in you. Do not miss it.