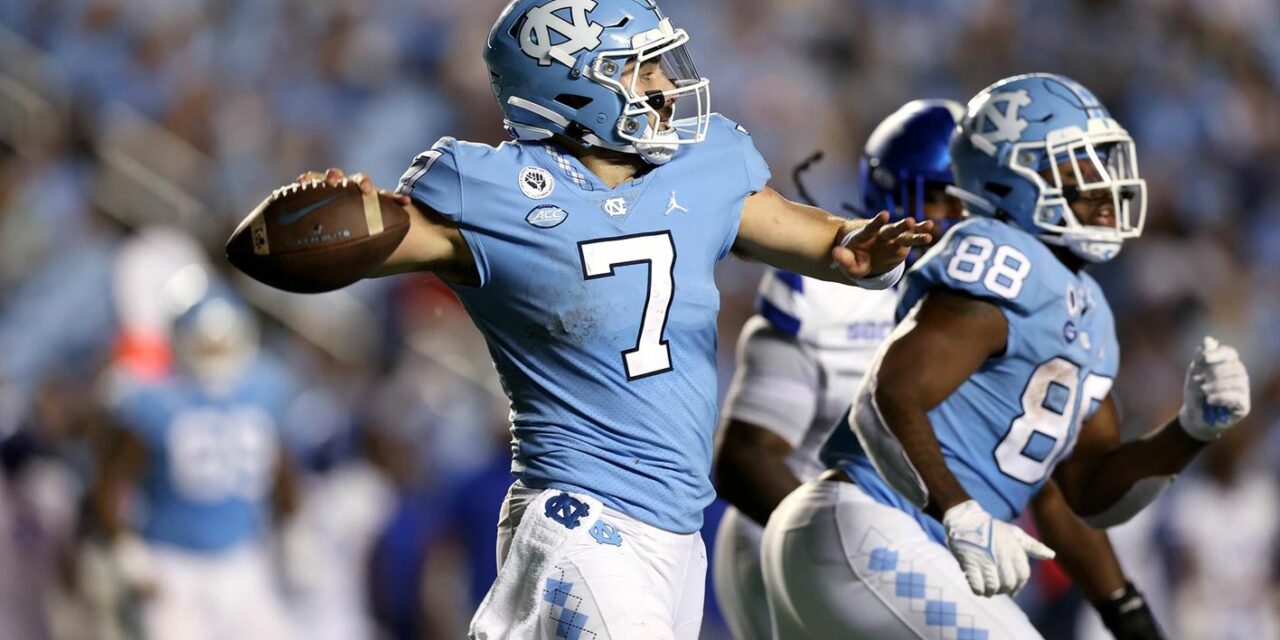 Carolina is dividing the football season into 3 – maybe 4 – parts.

Before the opener, Mack Brown said the first three games were considered the first part of the 2021 season. He warned that if his Tar Heels don’t win all three, chances are people will stop talking about them.

Well, they lost the very first game at Virginia Tech, and then speculation began about whether losing so early isn’t as bad as losing later with the postseason in the minds of pollsters and everyone else.

After Sam Howell and a resurgent running game pounded Virginia in the second half, Carolina is on to Georgia Tech and part two of the campaign. “What a month of football we have coming up!” Brown said.

No kidding. A trip to Atlanta followed by three straight home games against Duke, Florida State and Miami, which have all been disappointments so far. The Heels have a serious chance to be 6-1 going to Notre Dame on October 30.

More importantly, heading into Part 3, being 5-1 in the ACC gives them a chance to run the conference table at Pitt and at N.C. State to finish 7-1, which might be good enough to win the Coastal Division if Virginia Tech should lose two games along the way.

The Hokies have Pitt, Syracuse and Duke at home, but they must visit Georgia Tech and Boston College, then Miami and Virginia to close the regular season. The schedule sets up some exciting possibilities about who can get to Charlotte and the ACC title game.

Let’s say that UNC and Virginia Tech both go into the last weekend with one ACC loss. If that’s the case, Mack may deem it Part 4.

The Tar Heels finish on the Friday after Thanksgiving at State where they won’t be more than a touchdown favorite over the improved Wolfpack. Say Carolina wins. The next day, Virginia Tech likely won’t be favored in Charlottesville in a game the Hokies will have to win to take the Coastal in a tie-breaker.

If they lose, their opening night win will be forgotten in Chapel Hill. If they win, it will be the albatross we all feared on that frustrating night in Blacksburg.