Chansky’s Notebook: Father of All Time 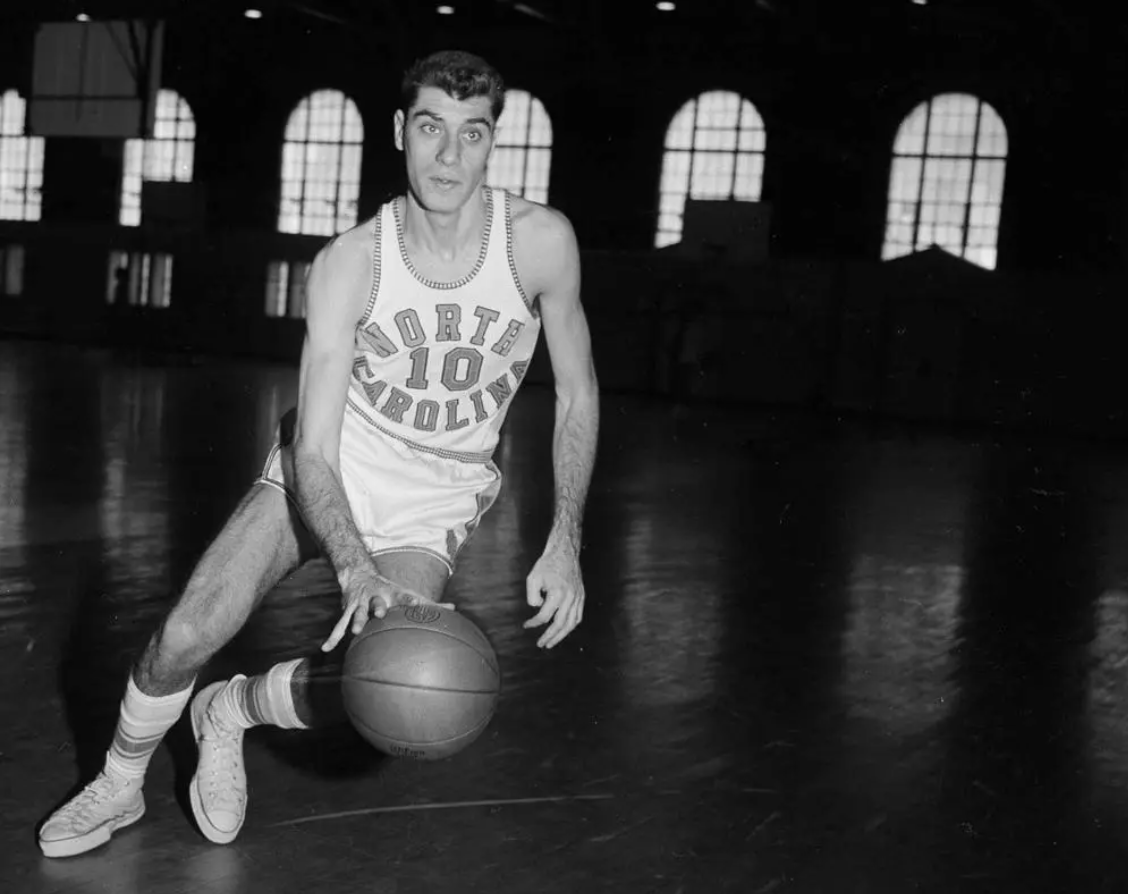 It would not be an understatement to call Lennie Rosenbluth the Father of Carolina Basketball.

If not for a momentous blunder by NC State’s hall of fame coach Everett Case, Rosie might have ended up in Wolfpack red and UNC’s magical season of 1957 would have never occurred or, worse, happened instead in Raleigh.

Rosenbluth, who died in Chapel Hill ironically on Father’s Day eve at 89, was already a well-known high school baller in New York City when Case offered him a scholarship after his junior year.

But a teachers’ strike wiped out his senior season, and Rosie played very little basketball while falling out of shape. When Lennie went down for what amounted to an illegal tryout, he admittedly was awful and Case pulled the scholarship offer.

Back in New York, Rosenbluth met with Frank McGuire, who told him he was leaving St. John’s for either Alabama or North Carolina. Rosie said, “Coach, I don’t care where you go, I’m going with you.” Fortunately for Tar Heel Nation, it was to Chapel Hill.

When word spread through campus about the freshman team’s new scoring machine, their games filled up Woollen Gym and then emptied out for the varsity contests. Rosie thrilled fans with his array of hooks and jumpers, backpedaling down the court like he knew every shot was going in.

It wasn’t until Pete Brennan, Bob Cunningham, Tommy Kearns and Joe Quigg arrived the next year that Woollen began to rock all night.

By 1956-57, the Tar Heels were unbeaten and ranked No. 1 after Kansas and Wilt Chamberlain lost at mid-season. They would clash in the famous NCAA championship game in Kansas City, with Rosie scoring 20 points before fouling out with 96 seconds left in regulation. Quigg’s two free throws settled it in the third overtime, 54-53.

McGuire’s Miracle 32-0 team was greeted at Raleigh-Durham Airport by 10,000 screaming fans who had watched the game on the first weekend of televised college basketball back to North Carolina.

Except Rosenbluth and McGuire were not along for the historic landing. They had instead gone to New York to appear on the nationally televised Ed Sullivan show on Sunday night.

That was the kind of fame the All-American, ACC and National Player of the Year carried for the rest of his charmed life, and he will continue forever as the Father of Carolina Basketball and everything that followed him.