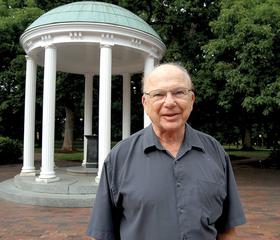 In late March, more than 30 former UNC faculty members wrote a letter to current faculty members urging them to demand answers from the administration about recent academic improprieties, and now one of those former professors is speaking with WCHL.

Professor Emeritus Elliott Cramer of the psychometric laboratory of the psychology department says he wants more transparency from UNC and the Carol Folt administration.

Three outside experts released their review of information gathered by academic advisor Mary Willingham that claimed a large number of student-athletes at UNC were illiterate and that the University is using those players to make a profit, rather than giving them a proper education. The experts’ review discredited her claims saying the data she used was not the proper way of reaching her conclusion.

Cramer and others have raised the argument that the experts in their review did not have access to all the information Willingham used to come to the conclusion and that the University is withholding information.

Previous issues between Cramer and the UNC administraion