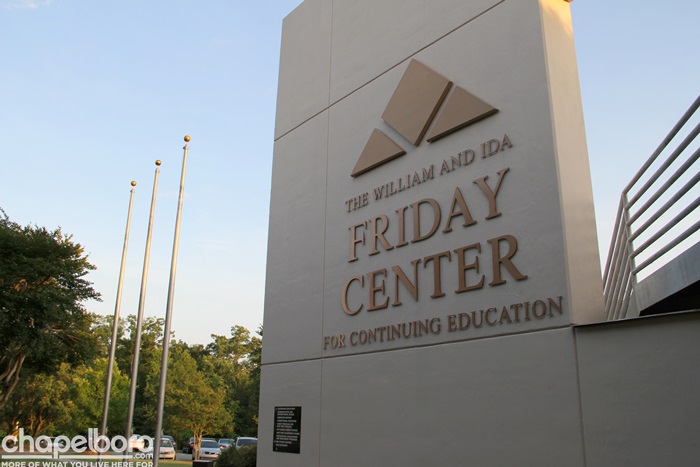 A large crowd gathered at the Friday Center Thursday morning for the kickoff of the fourth UNC Clean Tech Summit.

Dean of the College of Arts and Sciences at UNC Kevin Guskiewicz said this meeting was an important crossroads in developing the future of North Carolina.

“It really brings together, in a very important way, business leaders, scholars and policy makers from across the state for brainstorming sessions, problem solving and relationship building,” Guskiewicz told the crowd. “And this is really critical to what a leading global public research university is about.”

UNC Chancellor Carol Folt said developing programs to move forward with the environment in mind is good for our planet but is also good for business.

“Clean tech is the quintessential example of that saying, ‘green is green,’” Folt said. “And, of course, that means that clean technologies and efficient energy use are not only good for the environment, but they’re also good for business.”

Cooper pointed to areas like the Research Triangle Park to show North Carolina’s history of investing in innovative ideas in the clean tech industry.

“We’re figuring out how to take everyday issues like morning commutes and utility usage at the office and make them more efficient,” Cooper said, “not only for a good environment and for ourselves but for business as well.”

Cooper said the best way to continue North Carolina’s leadership in this field would be to invest in education to ensure the talent that will drive these ideas continues to be attracted to our community.

“I know that these innovators and inventors often choose where they want to live before they start their business,” Cooper said. “So we have to show that we have the kind of environment that we want to have and that they want to see.”

Cooper added that a big part of that recruitment would hinge on the repeal of House Bill 2, which advocates maintain is the worst piece of anti-LGBT legislation in the nation.

Cooper said that would remove the “stain” the law has left on North Carolina’s reputation, adding that when it was coupled with an investment in education to the level put forward in the governor’s recommended budget, it would position the Tar Heel state well moving forward.

He said that in his conversations those things were more important to business leaders than other areas, including tax rates.

“I visit a lot of CEOs for the kinds of jobs we want,” Cooper said. “The first question I get is not, ‘what is your corporate tax rate?’”

Instead, Cooper said, those executives wanted to know if the personnel is in the state that could do the jobs that the companies would be providing.

The summit continues on Friday with different conversations and forums on the four themes of Innovation, Clean Energy, Food and Water and Energy.